On this date in 1986, “Rock Me Amadeus”, by Falco, hit number 1 on the Billboard charts. It was Falco’s only hit in the U.S. Falco was from Austria, and had four number 1 hits there. “Rock Me Amadeus” was inspired by the Oscar winning movie Amadeus, and was released on the album Falco 3.
This could also be a “Dead or Alive” article. Falco died on February 6, 1998 – two weeks before his 41st birthday. He had been planning on a comeback at the time. He died of severe injuries from an accident he had with a bus while he was driving an SUV.

He will always be remembered for this song:

But there are advantages to being elected President. The day after I was elected, I had my high school grades classified Top Secret. 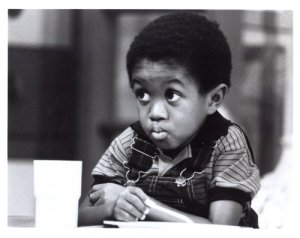 Emmanuel Lewis is — STILL ALIVE. Wouldn’t that have been sad if that cute little guy had already died? He was born in 1971, and is best known for playing Webster in the television show of the same name. The show ran from 1983-1987 on ABC. The show was set in Chicago, and revolved around Webster, whose parents were killed in a car accident. He was taken in by retired football star George Papadapolis (Alex Karras) and his wife Katherine (Susan Clark). Webster was often compared to Diff’rent Strokes. According to TV.com, After Webster, Lewis enrolled in Clark Atlanta University and earned his Bachelors of Arts degree in Theatre Arts. He also continued working in television throughout the ’90s, making guest appearances on various series including Family Matters, In the House, Moesha, Malcolm & Eddie and Good vs. Evil.
More recently, he was in VH1’s reality show, The Surreal Life in 2007.

According to the Associated Press, Robert Culp, who played FBI Agent Bill Maxwell on The Greatest American Hero, died yesterday falling on a sidewalk near the lower entrance to Runyon Canyon Park, a popular hiking area in Hollywood. According to his manager Hillard Elkins, Culp was on a walk when he fell, and was pronounced dead before noon. Culp’s son was told that he died of a heart attack, and police were not sure if the fall was medically related.

Robert Culp is also known for playing Kelly Robinson in the television show I Spy, which ran 1965-168. For all three seasons, he was nominated for an Emmy for Best Actor in a Drama, but lost to costar Bill Cosby (who played Alexander Scott) all three times. They remained friends after the series ended. Then they had a mini reunion in 1987 for an episode on The Cosby Show. Culp played Cliff Huxtable’s old navy buddy, Scotty Kelly, which was a combination of their I Spy characters’ names.

According to AFP, Boy George said that he may try to get his old band, Culture Club, back together for their 30th anniversary next year. He said that he is on good terms with his former bandmates, so he would like a small scale reunion.

Culture Club’s first album, Kissing to be Clever, was released in 1982, and had a huge hit with “Do You Really Want to Hurt Me”. Their follow-up album, Colour by Numbers, was a huge success, and contained the hits “Church of the Poison Mind”, and “Karma Chameleon”.

Due to Boy George’s drug addiction, the band broke up in 1986.

The band reunited a couple of times since. They reunited in 1998, and appeared on VH1 Storytellers. They went on a small tour, then reunited again in 2002 for their 20th anniversary. They broke up again due Boy George’s successful DJ career.

Entrepreneurs and their small enterprises are responsible for almost all the economic growth in the United States.

The Rock and Roll Hall of Fame induction ceremony was held at the Waldorf Astoria Hotel in New York last night. Genesis was inducted along with ABBA, Jimmy Cliff, The Hollies and The Stooges.

Genesis did not play at the ceremony. Instead, Phish paid tribute to the band by playing “Watcher of the Skies” (from the Peter Gabriel years), and “No Reply At All”. Gabriel could not attend the ceremony. According to the Associated Press, band member Mike Rutherford said Gabriel sent his apologies, but he was preparing for a tour. Backstage, Phil Collins said “We’ve played without him for 30 years. We’re used to not having him around.”
Phil Collins is known to have a sense of humor. Was he trying to be funny, or was he being bitter?

Those are a few of the classic questions that Peter Graves, as Captain Oveur, asked cockpit visitor Joey in 1980’s Airplane!.

Although Peter Graves is best known for his role as Jim Phelps in the Mission: Impossible television show, 80’s fans fondly remember Graves as Capt. Oveur.

According to the report on Reuters, Graves died of an apparent heart attack at his house in the coastal suburb of Pacific Palisades. He had returned home after attending a family brunch to celebrate his upcoming birthday on Thursday.

Thomas Jefferson once said, ‘We should never judge a president by his age, only by his works.’ And ever since he told me that, I stopped worrying. 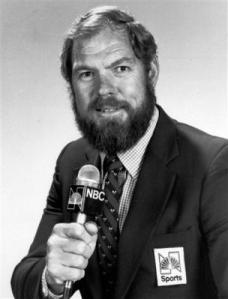 Pro Football Hall of Famer Merlin Olsen has passed away today at the age of 69. According to the USA Today, Olsen, who was diagnosed with mesothelioma in 2009, filed a lawsuit in December against numerous companies, including NBC, who he alleged exposed him negligently to asbestos.

Olsen played on the defensive line for the Los Angeles Rams from 1962 to 1976. He was named Rookie of the Year in 1962, and was elected to the All-Pro team 14 times. He was part of one of the best defensive lines in history alongside Deacon Jones, Rosey Grier, and Lamar Lundy. They were known as the Fearsome Foursome.
After he retired, he went on to be an NFL commentator alongside Dick Enberg on NBC throughout the 80’s. I thought he was an outstanding announcer.

He also became a successful actor. He played Michael Landon’s best friend, Jonathan Garvey on Little House on the Prairie. Then he starred in the television drama Father Murphy, which ran from 1981 to 1983.