Hi Everybody! If you were thinking that it is odd that I’ve been posting tropical/boating songs and trivia in the middle of winter, there is a reason for it. It is vacation time again! However, this time, I don’t think I’m going to have access to a computer at all. I am going to miss you guys. But, I’ll be back posting again the day after the Super Bowl.

In the meantime, you can pretend you’re on vacation with me, and go to “Kokomo”. Here is the answer for yesterday’s question about the places named in the song:

And here is the song:

Regina (Regina Richards) wanted to work as a songwriter. She co-wrote “Baby Love” with frequent Madonna collaborator Stephen Bray. The song definitely has an early Madonna feel to it. Regina wanted somebody other than herself to sing the song, however her record label, Atlantic Records, thought otherwise and told Regina to sing the song herself.

The song was put on Regina’s Curiosity album, which also included “Say Goodbye,” a song she had originally written with Kenny Rogers in mind. She struck it big with the song “Baby Love”, which shot all the way up to #10 on September 13, 1986. The song was her only mainstream top 40 hit. She did have other songs, such as “Beat of Love,” “Head On,” and “Extraordinary Love,” that were a little more popular on the dance charts.

A second Regina album, Best Kept Secret, was never released. However, she did appear in an anti-drug public service announcement with the animated McGruff the Crime Dog, that aired well into the 1990s.

Name as many places as you can in the song “Kokomo”.

And if the wind is right you can find the joy
Of innocence again
Oh, the canvas can do miracles
Just you wait and see

Question: In the movie Overboard, how does Dean (Kurt Russell) prove that he can identify Joanna (Goldie Hawn)?

Last Question: Which singer performed the vocals for ‘The Love Boat’ from 1977 to 1985? 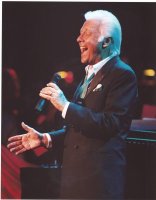 Jack Jones was a popular singer in the ’60s. In a time when Rock and Roll was taking the world by storm, Jones performed with the Big Band/Vocalist sound – and was successful. He would go on to change his appearance from the smooth club entertainer of the 1960s Las Vegas scene to the long-haired singer of the early seventies. He performed “The Love Boat” theme, and then recorded a disco version of the song for his 1979 album Nobody Does it Better. Since 1980, Jones has recorded only a handful of albums.

Here is the opening theme of The Love Boat:

Last Question: What movie did this quote come from: “The luck is gone, the brain is shot, but the liquor we still got”?

Here is a scene from the movie:

Last Song: “The Tide is High” by Blondie:

Every girl wants you to be her man, ooo, ooo, ooo, but I’ll wait, my dear, ’till it’s my turn.
I’m not the kinda girl who gives up just like that, oh, no.

“One Step Closer to You” by Gavin Christopher 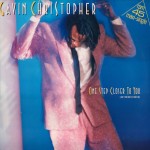 Gavin Christopher is a R&B singer and musician who has worked with legends such as Donny Hathaway, Curtis Mayfield, and Herbie Hancock. He wrote a couple of hit songs such as “Once You Get Started,” which was recorded by the band Rufus, and hit #10 on the Billboard Hot 100 in 1975, and “Stars in Your Eyes” by Herbie Hancock.

He moved from Chicago to New York, and signed with EMI Manhattan Records. He released the album One Step Closer. The single “One Step Closer to You” from that album was Christopher’s only hit as a singer. It peaked at #22 on August 16, 1986. He only released one more album – 1987’s Gavin – but did not score any other hits. He has worked as a songwriter and producer for Grandmaster Flash, Afrika Bambaataa and The Ritchie Family. He also mentored and worked with a young Mariah Carey prior to her getting her big break.

Let’s listen to Gavin Christopher’s big break – “One Step Closer to You”:

Question: What movie did this quote come from: “The luck is gone, the brain is shot, but the liquor we still got”?

Last Question: In National Lampoon’s Vacation, how long was Wally World going to be closed?

Didn’t they think it was odd that they were the first ones there? Poor Griswolds! After having their car vandalized, killing the dog Dinky, having Aunt Edna die on them, and getting stranded in the desert, they finally made it to Walley World! Only to find that it is closed for 2 weeks “to clean and repair”. Here is the scene of their arrival:

Clark then has a meltdown, gets a BB gun, and takes park security guard (John Candy) hostage to go on the rides.

Can you name the artist and song, and complete the lyrics:

Last Song: “I’m So Excited” by the Pointer Sisters in honor of Anita Pointer who celebrated her 64th birthday yesterday:

I want to squeeze you, please you, I just can’t get enough
And if you move real slow I let it go

Intelligence reports say he — Castro — is very worried about me. I’m very worried that we can’t come up with something to justify his worrying.