Question: What movie featured the characters Mac, Wiploc, and Zeebo?

Last Question: What was the name of the establishment that battled against the Cheers gang in several “Bar Wars”? 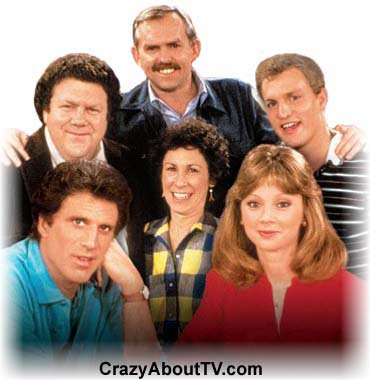 Just as Friends fans looked forward to the Thanksgiving episodes and The Simpsons fans anticipate the Haloween episodes, Cheers fans looked forward to the “Bar Wars” episodes where two Boston bars – Cheers and Gary’s Old Towne Tavern would have some kind of competition going on. The Cheers gang usually (and always hilariously) came up on the losing end. Even if they won the competition itself, they would always find a way to screw it up. Here is a list of the episodes:

#78 – From Beer to Eternity
In Cheers’ first athletic competition against Gary’s Olde Towne Tavern, Sam and pals learn that bowling is not right up their alley. That is, until they discover that Woody has a striking talent for the game, but he’s reluctant to play.

#189 – Bar Wars III: Return of Tecumseh
The gang goes at it again with Gary’s Old Towne Tavern when they notice Cheers’ wooden statue of Tecumseh is missing.

#196 – Cheers Fouls Out
Boston Celtic Kevin McHale agrees to be Cheers’ ringer in a basketball game against Gary’s Old Towne Tavern, but only if the winnings go to charity.

#228- Bar Wars V: Final Judgement
Sam’s spooked when it looks like the gang has given rival bar owner Gary the Halloween fright of his life — which may have scared him to death.

#244 – Bar Wars VI: This Time It’s For Real
The new owner of Gary’s Olde Towne Tavern is a real wise guy, who responds to Cheers’ welcoming prank with a well-organized crime that really blows the gang away.

#266 – Bar Wars VII: The Naked Prey
Sam may need the luck of the Irish — and the help of con man Harry the Hat (Harry Anderson) — to win a St. Patrick’s Day bet with Gary’s Old Towne Tavern.

Here are parts of a classic episode (#196 – Cheers Fouls Out ) – where the gang brought in Kevin McHale as a ringer for a basketball game against Gary’s:

Feel the power, you see the energy
Comin’ up
Coming on strong
The future only belongs
in the hands of itself

Question: What was the name of the establishment that battled against the Cheers gang in several “Bar Wars”?

Last Question: What George Lucas character ends up in Cleveland, thanks to a botched laser experiment?

This is one of the few well-known ’80s movies that I have yet to see. Here is the trailer:

Last Song: “Wanna Be Starting Something” by Michael Jackson who would have turned 54 yesterday.

And here are two videos courtesy of Kids Inc Daily:

Question: What George Lucas character ends up in Cleveland, thanks to a botched laser experiment?

Last Question: What sitcom centered on a character who penned books like How To Make Your Dream Bathroom?

Here is the theme song:

And here is the legendary final scene:

I Took My Baby To The Doctor
With A Fever, But Nothing He Found
By The Time This Hit The Street
They Said She Had A Breakdown

Question: What sitcom centered on a character who penned books like How To Make Your Dream Bathroom?

Last Question: In the movie Back to School, what is the name of the college that Jason Melon attends?

Here is the movie trailer:

And here is my favorite scene from the movie:

Question: In the movie Back to School, what is the name of the college that Jason Melon attends?

Last Question: What make of car countered charges it had grown stodgy with ads crowing: “We build excitement”?

Great job Jim!
These commercials actually make me want to get one right now! I guess they were effective commercials!

Come on, I’m talking to you, come on