I know there’s something in the wake of your smile.
I get a notion from the look in your eyes Last Song: “Can’t Fight This Feeling” by REO Speedwagon from Wheels Are Turnin’ (1984)

Cause I feel so secure when we’re together.
You give my life direction,
You make everything so clear

Hi Everybody. I’ve been so tired lately, that I can’t concentrate enough to right a decent article. But, I still want to share with you. While sitting at my desk at work all day, I usually either listen to podcasts or music. Today I decided to play some songs on my iPod. As of this second, there are 12,782 songs on my iPod.
So, let’s have some fun. I will hit the ‘Shuffle’ button, and share the first ten songs that get played. I will not skip any, so it is possible that there will be some non-80s songs. The odds are even greater that there will be at least a few ’80s songs on here. Let’s get started. Hopefully, this will not be too embarrassing. Feel free to make fun of me if you want. I stand behind my music! Wait..let me make sure there is no Justin Bieber. Just kidding, I really didn’t need to check. There is a 100% chance that you will NOT hear any Justin Bieber here. I really hope there are songs on here that you will enjoy. And you may even discover new music. Here..We..Go!!

From Ozzy’s Live at Budokan album

In my opinion, Warrant is one of the most underrated bands of all time. This is a really good song off of the Cherry Pie album.

I still love this song. Can’t get enough of Patty Smyth.

That’s right, I love Run DMC! Why you buggin’?

The odds are pretty good that there would be at least one ’80s essential on this list.

“Trial By Fire” by Kiss

“Black Water” by The Doobie Brothers

What a great song to relax to!

Here is another underrated hair band. This is a really good song you may not have heard of unless you have The Final Countdown album.

“I Will Not Go Quietly” by Don Henley

Awesome rocker by Henley, with Axl Rose on the backing vocals.

Well that was something completely different. I hope you enjoyed. And phew, nothing embarrassing! I may have to do this again sometime. Let me know what you thought of this article.
And it would be great if you guys listed out some songs that are on your iPod too. Last Song: “Don’t Know Much” by Linda Ronstadt and Aaron Neville from Ronstadt’s album Cry Like a Rainstorm, Howl Like the Wind (1989)

All I wish is to be alone
Stay away, don’t you invade my home
Best off if you hang outside
Don’t come in – I’ll only run and hide

Is everybody enjoying the summer so far? This warm weather puts me in the mood for a nice sno-cone. And if I’m going to have a sno-cone, I may as well do it in style, and have a Snoopy Sno-Cone!! I do remember the Snoopy Sno-Cones, but I don’t think I ever had one. I must have had friends that had one.

You would mix flavored powder into water to create a little fruit punch. Then you would lift Snoopy up off of the house/sno-cone machine, which would reveal an ice cube size chute. You would drop an ice cube down the chute, and push Snoopy back on the chute while turning a handle wich would crush the ice.
Then you put the shaved ice into a tiny paper cup – and I stress the word Paper. Then you would pour the fruit punch mixture on the ice to make your flavored sno-cone. Then you would need to hurry up and slurp it down before the ice melted and started dripping through the paper cup.

Ah, screw it! I’m from Rhode Island – home of Del’s Lemonade, the world’s greatest frozen lemonade. I’ll save myself some time, aggravation, and cleanup, and have myself a Del’s. Now the Snoopy Sno-Cone machine will collect dust.

Did any of you ever have a Snoopy Sno-Cone machine? Did you like it?

All I wish is to be alone
Stay away, don’t you invade my home
Best off if you hang outside
Don’t come in – I’ll only run and hide

Last Song: “Honestly” by Stryper from To Hell With the Devil (1986)

U2 was riding high at this time. This is one of the best songs from one of their best selling albums – The Joshua Tree.

This was a number #1 hit from the R&B trio from Harlem. The were one of the early freestyle groups that became so popular in the mid-late ’80s.

8. “Something So Strong” by Crowded House

I enjoy this song. I had gone to the beach a lot in my teenage years, especially in ’86 and ’87. I remember this song playing a lot on the radio while relaxing at the beach.

Australia is doing great on the U.S. charts this week in 1987! I kind of prefer Pseudo Echo’s version of “Funkytown” to the original by Lipps Inc. Lipps Inc was a little more disco. This version is more ’80s rock/pop.

Freestyle is ruling the charts this week as well! This was from the freestyle queens’ debut album Exposure.

5. “Don’t Disturb this Groove” by The System

I remember this instrumental sax song being a huge hit. I am not a fan in the least bit. I suppose this would be a nice song to hear in an elevator, but that’s about it for me.

Alright, now we’re talkin’!! This is my favorite song by Bob Seger. It was also a perfect song for the Beverly Hills Cop II soundtrack.

2. “I Wanna Dance With Somebody (Who Loves Me)” by Whitney Houston

I miss Whitney. This was the first single released from Whitney Houston’s second album, Whitney. It was written by George Merrill and Shannon Rubicam of the band Boy Meets Girl, who had also written the #1 hit “How Will I Know.”

This song won the award for “Favorite Pop/Rock Single” at the 15th American Music Awards, the Grammy award for “Best Pop Vocal Performance, Female” with the song at its 30th ceremony on March 2, 1988, where she received a total of three nominations. The music video for the song was nominated for “Best Music Video” at the 2nd Soul Train Music Awards on March 30, 1988. Houston won the award for “Best Music Video” for the video at the 1st Garden State Music Awards.
If it is possible for anybody to doubt Whitney’s success with her first album, this song proved that she was no fluke, and there would be no sophomore slump.

And we have arrived at the #1 song this week. This is one of my favorite Heart songs of all time. This song was composed by Billy Steinberg and Tom Kelly. It first appeared on via Steinberg and Kelly’s pet project, 1983’s I-Ten, Taking a Cold Look. That version is outstanding as well. It was later recorded by Valerie Stevenson and John Stamos in their roles as Lisa Copley and Gino Minelli, on the original soundtrack of the CBS sitcom Dreams in 1984. That version is not too bad either.
But, it was heart who took the song and ran all the way to #1 with it. Ann Wilson’s voice is already incredible. And with this song, it is just that much better. So good.

Well that concludes another week of some top 40 music from the ’80s. I hope you enjoyed it. We’ll be back for another countdown in the next week or two. In the meantime, “Keep your feet on the ground and keep reaching for the stars.”
Follow @returntothe80s 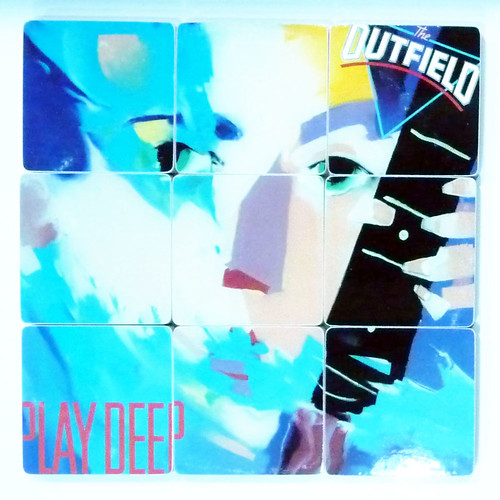 I can`t believe the things that happen to me
I guess that I should have seen a long, long time ago

I can`t believe the things that happen to me
I guess that I should have seen a long, long time ago

Welcome back as we continue this week’s Top 40 countdown!! If you missed the previous songs, you can go and check out songs 40-31 and songs 30-21.

We have quite a variety of songs today. There is some R&B on here as well as our first hair band of the countdown, an a capella remake of a classic song, and some classic ’80s tunes. So let’s Return to the week ending July 11, 1987, and continue the countdown.

20. “The Pleasure Principle” by Janet Jackson

“The Pleasure Principle” was the 6th – yes count ’em – 6th single released from Ms. Jackson’s classic album, Control. It was the only single that did not crack the top 5 on the Billboard chart. However, t the 1988 MTV Video Music Awards the video won for Best Choreography and was nominated for Best Female Video.

OK, how many of you had this as their wedding song?

I’m a sucker for a cappella. This is a cover of the classic 1969 song, “Na Na Hey Hey Kiss Him Goodbye” by Steam.

In 1986-1987, Genesis ruled the radio with the help of their Invisible Touch album. This was a great ballad off of that album.

16. “Just to See Her” by Smokey Robinson

I only seemed to know about Smokey Robinson from his songs with The Miracles in the ’60s. But, it seems like he is appearing on every countdown in the ’80s. I remembered this song when I heard it. I’m not a big Smokey Robinson fan, but I like this song. I feel like that’s not the first time I said that either. Maybe I’m warming up to him.

This song has a great, classic late ’80s sound.

14. “Every Little Kiss” by Bruce Hornsby & The Range

I really don’t like any Bruce Hornsby songs, and that’s just “The Way It Is“.

I loved Motley Crue’s first two albums, Too Fast for Love and Shout At the Devil. But, the only thing I liked from Theater of Pain was “Home Sweet Home.” Next, the Girls, Girls, Girls album came out, and I was not a fan of that one either. This title track was OK. I love “Wild Side” from that album, and that’s about it. Then they finally pulled me back in with their Dr. Feelgood album. At the time that “Girls, Girls, Girls” came out, I wasn’t feeling too good about the Crue.

12. “Rhythm is Gonna Get You” by Gloria Estefan & Miami Sound Machine

This fun, Latin sounding song was the lead single from the Let It Loose album.

In 1987, George Michael was at the top of his game. This song would peak at #2 on the charts. This was another song I remember from the Beverly Hills Cop II soundtrack. It was also the first single released from Michael’s then-upcoming Faith album.

Well that wraps up today’s list. The next time we will finish out the top 10 songs this week.