Hi Everybody. welcome back to this week’s countdown! If you missed the first 10 songs, you can go ahead and check them out. If you enjoy soft rock music, then today’s the day for you! I had only heard of the first two songs you’ll hear. The rest were new to me. Let’s Return to the week ending October 4, 1980, and continue the countdown.

30. “On the Road Again” by Willie Nelson

Willie Nelson has been churning out hits for almost 60 years! And this is one of his most recognizable of the bunch. In 1980, Nelson appeared in his first leading movie role in the film Honeysuckle Rose. In the movie, he played an aging musician. Again, this movie came out 34 years ago! Willie is still going strong today, releasing one or two albums a year.

One interesting fact about this song: Willie was approached by the executive producer of Honeysuckle Rose on a plane ride, and was asked to write the theme song for the movie. So, he picked up a barf bag, and quickly wrote the song on it.

29. “Emotional Rescue” by The Rolling Stones

This isn’t the greatest Rolling Stones song in the world, but it’s not the worst either.

28. “Someone That I Used to Love” by Natalie Cole

This song is a sad ballad. It sounds like it could be featured in a romantic comedy after a couple breaks up and one of them is walking in the rain.

This is a good folk-rock song. I thought it sounded like it could have been an Alan Parsons Project song. I then found out that from 1975-1978, Al Stewart’s music was produced by Alan Parsons. So, you can still hear the influence here.

In the late ’50s through early ’60s, Cliff Richard was very successful. Then came the Beatles. Then he disappeared for a while. But Richard was making a big comeback here. I really like this song! It would go onto be a top 10 hit in the U.S. and in the U.K.

Ambrosia was pretty big in the mid-late ’70s. But, this was the beginning of the end for them. This song would go on to reach #13 on the Hot 100 chart, and #5 on the Adult Contemporary chart.

This pop-disco song was from Amy Holland’s debut album. It helped earn her a Grammy Nomination for Best New Artist. She lost to Christopher Cross (who happened to pretty much own the Grammys that year). Amy Holland’s album was produced by Michael McDonald, who I am a huge fan of now. They would get married three years later, and they are still married today.

23. “No Night So Long” by Dionne Warwick

This is a nice soft rock song by Dionne Warwick, who at the time, was the host of the brand new show Solid Gold.

Here is another soft rock song that I like. He sounds like Boz Scaggs in this song. Larry Graham was the bass player for Sly & the Family Stone and frontman for Graham Central Station.

21. “The Wanderer” by Donna Summer

This sounded familiar to me when I heard it. This was Donna Summer’s first single released from the album of the same name. This was her first album with Geffen Records. With this album, the Queen of Disco was starting to move away from disco.

That wraps up today’s list. How are you liking this so far? The hits will keep on coming tomorrow.

Billy left his home with a dollar in his pocket
and a head full of dreams
He said somehow, some way, it’s gotta get better than this

Oh, just tryin’ to please you all the time
I given you myself with no conditions

Hi Everybody, welcome to a new Top 40 Countdown. This week, we will Return to the dawn of the ’80s – the week ending October 4, 1980. I always get nervous when we get to the very early ’80s, because I really don’t want to listen to the ’70s leftover disco music, and miss out on the classic ’80s sound. However, those fears are unwarranted here. This is going to be a great week of music. So, let’s Return to the week ending October 4, 1980, and begin the countdown.

40. “Let Me Be Your Angel” by Stacy Lattisaw

Stacy Lattisaw was an influential R&B star. She has an incredible voice in this song – especially for a 13 year old! She would go on to have a successful career throughout the ’80s. Then she retired from the music business in 1990 at the ripe old age of 23.

What happens when you have one of the greatest crossover artists of all time sing a song written by the lead singer of The Commodores? You have yourself a smash hit that becomes a #1 song on three music charts – Country, Hot 100, and Adult Contemporary, as well as htting #42 on the Top Black Singles chart.
Not only did Lionel Richie write this song, he also produced it. The song’s success gave his career a great boost. His days with the Commodores were numbered, and he would embark on an incredible solo career.
Kenny Rogers already had a successful career going for himself, and would continue to have a string of hits throughout the ’80s.

This is a very good song by the Pure Prairie League, with future Country music legend Vince Gill on the lead vocals. And with this video, not only do you get a good song, but you also get to see the opening of Solid Gold. Ah, the good ole days!!

Longtime readers know of my love for Irene Cara. She already scores points with me for being on one of my favorite children’s television shows – The Electric Company. I have yet to hear a song by her that I don’t like. This is a beautiful ballad from the movie Fame. This won’t be the only song by Irene Cara from this movie on this week’s countdown.

35. “The Legend of Wooley Swamp” by The Charlie Daniels Band

This is a very cool Southern Rock song.

Ow! Music whiplash! We go from Southern Rock to a Disco dance song.

For some reason, Supertramp tends to be grating to me. But, I don’t mind this song.

Stevie Wonder still has an incredible voice. Did you catch his performance of “Sir Duke” on The Tonight Show? He still sounds the same. In the immortal words of Joan Rivers, “Can we talk?” I’m sure Stevie Wonder has a lot of people in his life – friends, family, people who work for him. They do realize he’s blind, don’t they? Then why doesn’t one of them tell him that his big-ass ponytail looks stupid!?! The rest of his head is completely bald. I just want to take scissors to that ponytail! Ugh!! OK, rant is over.

31. “Who’ll Be the Fool Tonight” by The Larsen-Feiten Band

We’ll wrap up today’s list with a very good song that I was unfamiliar with. This sounds like a song that the band Chicago would do.

Well, I’m liking these songs so far. We’ll be back tomorrow to continue the countdown.

Oh, just tryin’ to please you all the time
I given you myself with no conditions

In the ’80s, everything was bigger than it is now. Big hair. Big cell phones (they were called car phones in my day). Big bright colors. Big personalities. And Big Stuf Oreos! For a brief moment of time, we mega-sized the awesomely delicious Oreos. Instead of grabbing a huge stack of Oreos out of the package, you could get the same amount of cookie in one giant package. Instead of having rows of cookies, the box would come with around 8 individually wrapped cookies. Your style of eating the Oreo did not need to change. If you’re like me, you could twist the cookie apart, and eat the cream, then enjoy the chocolate. Or you could still just eat it one bite at a time. Or you could dunk it in a giant glass of milk (another favorite option of mine).

Sadly, the Big Stuf Oreos were discontinued in 1991. But, at least we still have Oreos today.

Of course, we need to include this catchy commercial.

How do/did you eat your Oreos? There are so many different flavors now. Do you have a favorite? I’m liking the peanut butter filled Oreos. But, I think you still can’t beat the standard with a nice glass of milk.

Last Song: “Hungry Heart” by Bruce Springsteen from The River (1980)

Last Song: “Footloose” by Kenny Loggins from the Footloose Soundtrack (1984) Watching and waiting
Ooh, she’s sittin’ with you
But her eyes are on the door 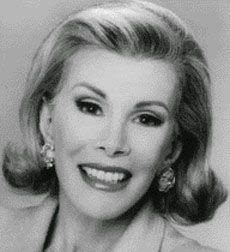 After Joan Rivers passed away on September 4, there have been a lot of tributes on television, radio, blogs, and podcasts. One podcast that I am subscribed to – The Fame Fatale (formerly The Answer B!tch) – is hosted by Leslie Gornstein, who is a member of our ’80s generation. On her latest podcast, Leslie reminded me (and her other listeners) about a big role that Joan Rivers played in our early lives – the narrator of The Adventures of Letterman.
I know that this took place in the ’70s, but many of us from the ’80s had some or most of our early childhood in the ’70s. There was a block of shows on PBS that was Must-See-TV for us youngsters. It started with the grandaddy of them all – Sesame Street, then Mister Rogers’ Neighborhood, and then came my favorite of them all, The Electric Company.

For those of you who don’t remember The Electric Company, it was basically a sketch show, which was funny and educational. It featured skits with some great actors such as Morgan Freeman, Rita Moreno, and Bill Cosby, as well as some animated shorts in between.

One of my favorite animated shorts was The Adventures of Letterman. I had not seen any episodes of The Electric Company since it had originally aired. I do remember a lot of the characters, but I had not known that Joan Rivers was the narrator of The Adventures of Letterman! In each episode, somebody would be going about their business, such as eating a Pear. Then the dastardly Spell Binder would come around and screw with the poor sap by changing a letter in the featured word, turning it into something else. In this example, just as the lady was going to take a bite out of her Pear, Spell Binder changed the “P” to a “B”, making it a Bear! The Pear would then turn into a Bear! What a crazy bastard!! What is the lady to do? Well, have no fear!

Faster than a rolling ‘O’
Stronger than silent ‘E’
Able to leap capital ‘T’ in a single bound!
It’s a word, it’s a plan…it’s Letterman!

Letterman would show up, and change a letter, making it a less threatening word. Spell Binder is foiled again!

Here are a few of the shorts. Check them out. I think they are still entertaining. It is awesome hearing a young Joan Rivers. Oh, and if Letterman’s voice sounds familiar, it’s for good reason. Gene Wilder provided the voice of our hero. Zero Mostel also provided the voice of Spell Binder. There are a lot of these on YouTube, so enjoy!

And thanks to Leslie for bringing some of my childhood back, and reintroducing us to some great Joan Rivers material! If you enjoy celebrity news and gossip, then you need to listen to her podcast, The Fame Fatale.

Now, enjoy The Adventures of Letterman.