Now that I’m 5 years into this blog, I am being contacted by some cool companies more and more often. I am excited about this new company, that has contacted me, called Man Crates. They ship awesome gifts which come

in a wooden crate that needs to be opened with a crowbar. There are many different packages available. For example, there is a Personalized Barware crate, Exotic Meats crate, Grill Master crate, Outdoor Survivor crate, a Retro Gamer crate, and…wait for it…an Old School crate. This Old School crate contains a Slinky, a Rubick’s Cube, a Yomega Yo-Yo, a Pez dispenser, and a ton of old school candy.

I was challenged to share my memories, and share what items would be in my crate. So, let’s have some fun, and take a trip down memory lane!

I don’t remember what I did 5 minutes ago. But I do remember that before I was old enough to go to school, I would need to take an afternoon nap. I’m sure toddlers and little kids do need to take naps. However, I think I had to take naps so I would be out of my mother’s hair while she watched her “stories” (a.k.a., Days of Our Lives, Another World, and The Doctors). But, at 3:30, it was time for me to watch my “stories”. This would consist of reruns of Batman (the Adam West version, obviously), then the grandaddy of all kids shows – Sesame Street (Who else here remembers Mr. Blooper…I mean Mr. Hooper?), Mr. Rogers, and The Electric Company (my favorite). I think Zoom was on after that, but I don’t ever remember watching it. The Electric Company was my introduction to Spiderman and Morgan Freeman.

Here are some items from that time period that I would include in my crate:
The Official Sesame Street 2 Book-and-Record Album and The Year of Roosevelt Franklin

I have mentioned several times on this site that my first cassettes I ever owned were Kiss Unmasked and AC/DC Back in Black. But The Official Sesame Street 2 Book-and-Record Album and The Year of Roosevelt Franklin were my very first albums. They were both released in 1971. The Sesame Street album had classics such as the Sesame Street theme song, “Play Along“, “Everyone Makes Mistakes“, and “Sing“. “Sing” was one of my favorites. And I just found out fairly recently that this song was so popular that The Carpenters actually covered this.
The Year of Roosevelt Franklin also has some great songs. “Roosevelt Franklin Counts“, “Just Because“, and “Mobity Mosely’s Months“. OK, I’m going to be 45 next month, and I’m over here jammin’ out to some Roosevelt Franklin! I don’t know anything about children’s programming these days, but I seriously doubt there is any that has music as good as this! These albums are going in to the crate!
And, one more thing related to this period that is going in the crate is the first toys I remember having – Sesame Street finger puppets.

A great part of many kids’ childhoods were Saturday mornings. The earliest cartoon I remember watching was The Jackson 5ive. Not long after that, Fat Albert and the Cosby Kids took over as my favorite cartoon…until I discovered Superfriends. Some other cartoons I remember from this time were Scooby Doo (until that dratted Scrappy Doo came along), Speedy Buggy, Josie and the Pussycats, and all the other Hanna-Barbera cartoons. They weren’t all cartoons on Saturday mornings, though. I loved all the Sid and Marty Krofft shows. I always hear about H.R. Pufnstuf, but I have never seen that one. My favorites were Land of the Lost, Sigmund and the Sea Monsters,
Far Out Space Nuts (Gilligan in Space), The Lost Saucer (Gomer Pyle in space), and Electra Woman and Dyna Girl (starring a pre-Marlena Deidre Hall). I also loved the Star Trek animated series.

It was during this time period that I began watching the original Star Trek with my dad. I loved fire trucks, so I loved Emergency!, which is always on the Me channel these days. Of course, that went hand-in-hand with Adam-12. Another favorite show of mine was The Six Million Dollar Man. It was also during this period when The Muppet Show began. So, I graduated from Sesame Street to The Muppet Show.

I didn’t just sit around and watch TV. It was during this time that I learned how to read. I learned with Fun With Phonics. There were books, and records that went with them. The soothing voice of the lady on the record would talk me through the books. By the time I reached kindergarten, I was reading books.

OK, that’s enough yapping. Time to throw some stuff in my crate.

Crate Items:
I used to love my Fat Albert and the Cosby Kids action figures. I also had Scooby Doo Colorforms:

I failed to mention how big Fisher Price items were in the ’70s. I had a ton of Fisher Price toys. My favorite was probably the garage. You put the car in the elevator, and when it reaches the top, it rides down the ramp.

I cannot find a picture of the Fun With Phonics set I had. But, I would include that in the crate. I will also throw in my first two books: Silly Billy and The Birthday Party 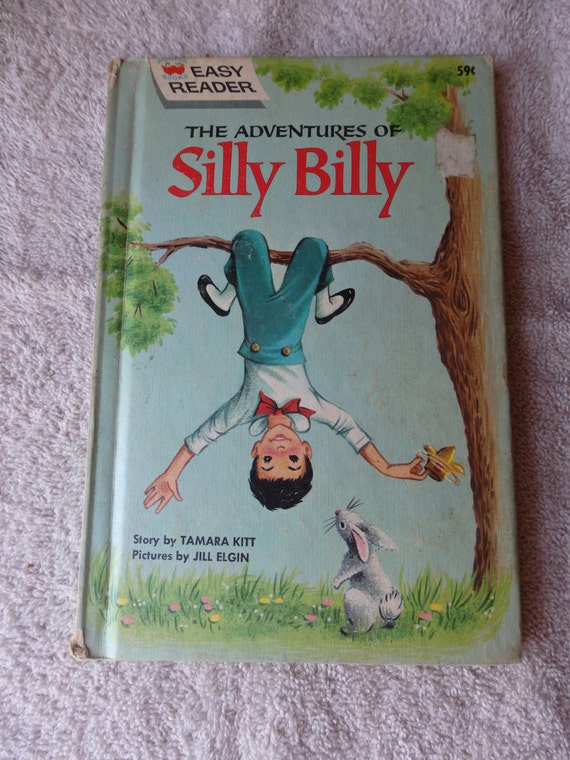 1977 was a transitional year for me. In May of that year, we moved from our apartment in Providence to a house in Warwick. I finished up my last month of 1st grade with my parents driving me to school. Previously, I had walked to school.

I made new friends and went to a new school in the fall. 1977 is a very important year for people of our generation. It was the year Star Wars came out. Star Wars actually made it easier for me to make new friends. We all had an instant connection, talking all about Star Wars, and what happened in the movie – before any of us had actually seen the movie. I still don’t know how we were able to do that, but we did. In those days before the internet, word of mouth was literally word of mouth. Not only was the movie incredible, but the merchandising was a dream come true for kids our age. Action figures came into prominence. I also got all kinds of Star Wars books, and had a Star Wars lunch box. Star Wars also created a seismic shift in entertainment. There were many space shows and movies that were created. There was Space 1999, Battlestar Galactica, and even Star Trek made a comeback, as a result of the success of Star Wars.
People of our generation are now making movies and television shows, and I think it’s pretty obvious. Not only is Star Wars returning to the big screen this year, but Star Trek has made a comeback, and the super hero movement is stronger than ever. There was a lot of super hero shows and movies in the late ’70s. I remember watching Spiderman, Captain America, and a show I loved – The Incredible Hulk. And of course, Superman was a huge success.

Now, let’s put some stuff in the crate.

Duh. How about some Star Wars action figures!?

May as well include my old lunch box too.

I also had this Star Wars book…

I would also like to include my Incredible Hulk trading cards

The late ’70s was also the beginning of the video game movement. We will really delve into this next time. But, in the late ’70s, I remember playing pong a lot. I’m not into video games at all anymore. But, if I had a Pong system in front of me, I could play this thing for hours!

One thing I never owned, but wanted, was the Evel Knievel Stunt Set. So, we’ll throw this in the crate.

The late ’70s was also a time when I learned how to ride a bike. My bike was ok. But, I would have much preferred a Huffy. So, I’ll throw a Huffy in my crate.

Well, that will wrap things up for now. I will continue this series next week. And don’t forget, be sure to visit Man Crates in the following places:

Did any of these things bring back memories for you? What would you include in your crate? I will continue this series next week as we get into the ’80s.