I just want to send out a quick post to say that you will now notice some additional items on the menu above. This should make it easier to find some of the more popular series of this site.

The Miami Vice page has my ongoing reviews of the Miami Vice episodes. You can click on the episode title to get the review. I also included the full episodes, which can be found on YouTube. The quality and screen size aren’t as good as watching it on television. But hey, it’s a free trip back to the ’80s.

There is also an iTunes link on the left side of the page, under the Transformers link. You can search on iTunes, and if you buy something from that link, I get credit for it. So, if you want to buy something from iTunes, I would be grateful if you came to my page and used that link to do your search.

This site is constantly going to be a work in progress, so I’ll let you know when there are other big changes that you may like.

It’s Friday! Although I haven’t posted anything this week, I’ve still got to watch my new favorite show. This week’s episode was brought to me by Hulu Plus. It’s free, but I have to deal with commercials. But, it’s worth putting up with commercials to watch this show. 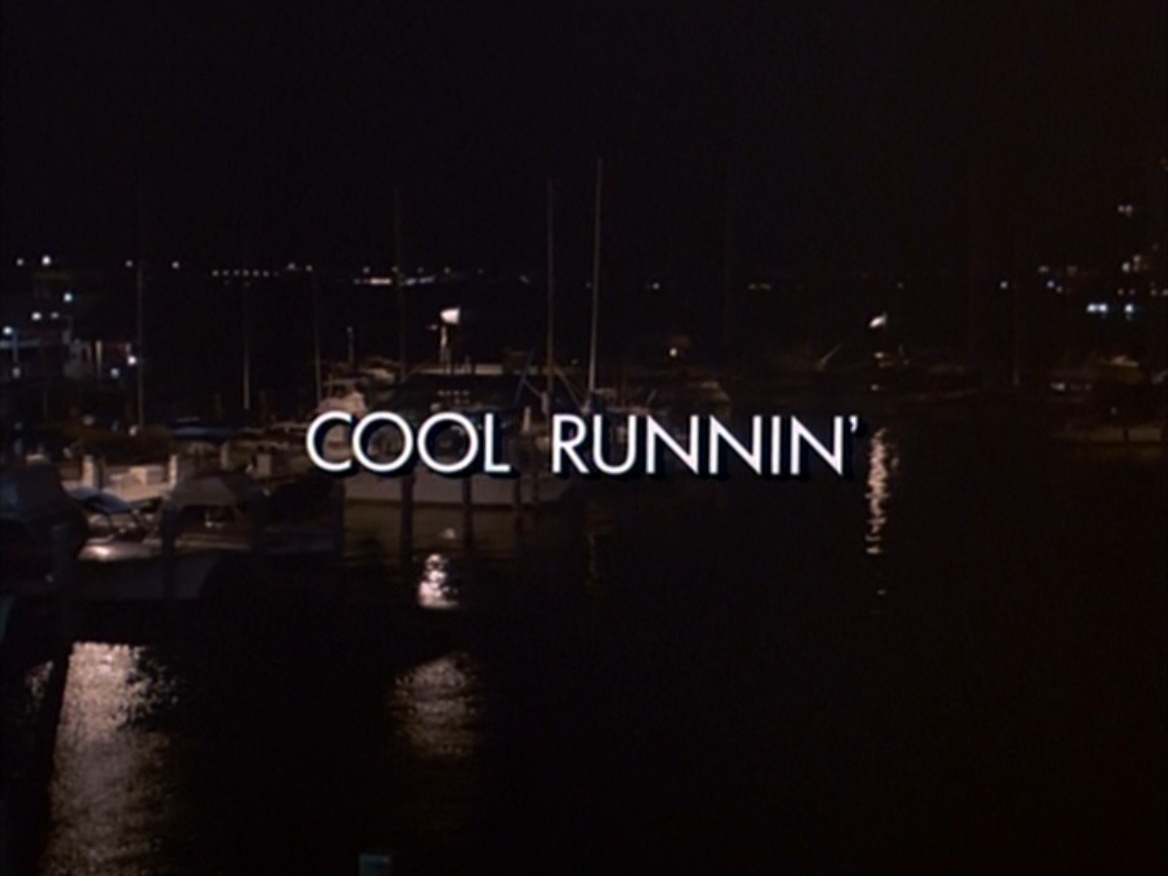 This episode was directed by Lee H. Katzin and written by Joel Surnow. The original air date was October 5, 1984. This episode was not too heavy on music. Today’s guest star is Charlie Barnett. He was a stand=up comedian, but he is probably best known for playing the Irene Cara obsessed Tyrone in the 1983 movie, DC Cab.

In this episode, there is a Jamaican gang that is responsible for a series of deadly drug ripoffs. There is an action scene right at the beginning. Crockett and Tubbs are doing a stakeout for a drug deal. The parties arrive, and immediately one group machine gunned down the other group, then took off in a van. Crockett and Tubbs gave chase in their own van. After a great chase, the bad guys got away.

The Vice squad busts a petty criminal named ‘Noogie’ Lamont (Charlie Barnett). While in the station, Noogie informs the squad that he has a connection with Desmond Maxwell – the leader of the Jamaican gang that they are after. Noogie proves to be a handful for Crockett and Tubbs. He tried taking off on them, and then said he didn’t know Desmond after all. So, they cut ties with Noogie.

Then things get real when a couple of Vice cops were gunned down by the Jamaicans. We met them earlier in the episode when they were hanging with Crockett and Tubbs on a boat. They made a friendly wager on who would make the most busts by the end of the month. They were good guys. So, this lit a fire under Crockett and Tubbs to find the gang.

They then find out that Noogie actually served time with Desmond in prison. So, he did know Desmond after all. They are back in business. They have Noogie set up a meeting between them and Desmond. We get the joy of seeing Tubbs turn on a Jamaican accent. During the meeting, Crockett sends Noogie away. Then they tell Desmond to meet them at an address to make a drug deal later on that night. The address was Noogie’s place. And Crockett had no intention of telling Noogie, figuring that he would wig out if he found out they would be meeting there.

Before the meeting, they get a call saying that the shooters were arrested. The main thing to take away from this is that they got the call in Crockett’s CAR!! There was this new invention called the Car Phone. Ah, ’80s technology! Anyway, they let Noogie go since they didn’t need to have the meeting anymore.

Oh by the way, the shooters that were arrested were Haitian, and not Jamaican. Tubbs knows the difference. We had heard him talking in a Jamaican accent earlier, so he knows what he’s talking about. Crockett and Tubbs find out that the real shooters were still

loose. So they call Noogie, since they had set up that meeting earlier – which would still happen. Noogie tells them that the Jamaicans are there, and are holding him at gunpoint.

The Vice squad hatches a plan to rescue Noogie. Crockett goes to Noogie’s to act like the deal is still on. He tells them the money is in his car, and that he would get it. One of the Jamaicans goes to the car with Crockett. When he opens the trunk, Tubbs is inside. He shoots the Jamaican with a taser. Then Crockett and Tubbs go back up, and we have a Miami Vice shootout!

This week’s music is Reggae themed.

“Well of Souls (Feel the Spirit)” by Wailing Souls

This was another classic Miami Vice episode. There were car chases, shootouts, and humor. The music in this episode was not ’80s style music. We did get some Bob Marley though, mahn. The music did have the perfect tone for the episode.

The only thing I didn’t care for was that they used super-slow-mo in the key action sequences. It was used at the end of the car chase at the beginning of the episode, and then again during the climactic shoot-out. I’m not a fan of that. This was a big reason why I had a difficult time getting into Walker, Texas Ranger. But, the slow-motion action did not take away from the episode. It also looks like it’s possible for Charlie Barnett to make more appearances, as Noogie, on the show. He was outstanding and very funny in this episode. You can definitely see that he was a major influence on Dave Chappelle. Sadly, Charlie Barnett died on March 16, 1996 at the age of 41, from complications of AIDS (which he contracted through heroin abuse). I do enjoy all his acting work that I’ve seen so far.

Overall, I loved this episode, and would highly recommend it.

Hi Everybody,
I just wanted to let you know that there will be no Remember That Song or Quote of the Day this week. There are a few other articles that I am trying to wrap up. This site also needs a little cleanup and be a little more organized. I am also preparing for a huge project, which I will share with you when it kicks off.
The regular articles will be back again next week. In the meantime, here are some fun commercials that Return you to the ’80s. Stay awesome everybody!

It’s Friday, so you know what that means. It’s Miami Vice Day! First off though, I do have to say that I’m quite aggravated with Netflix. Miami Vice is no longer available! My month long free trial is still going on, so I’m rethinking things with them. Luckily, I also have Amazon Prime, and I had already bought this episode on there, so we’re good to go.

This episode, “Heart of Darkness”, was directed by John Llewellyn Moxey, and written by A.J. Edison. It aired on September 28, 1984.

From what I understand, not only is Miami Vice known for the great music, but it also has had some awesome actors making guest appearances. In the first episode, we saw a before-he-was-famous Jimmy Smits. This episode features a pre-Al Bundy – Ed O’Neill.

One of the people high up in the organization, Artie (Ed O’Neill), may have been involved in the murder. Crockett and Tubbs learn that Artie is actually an undercover FBI agent. The witness Artie going nuts on an investor that was late on a payment. After almost beating the guy to death, Crockett and Tubbs are wondering if Artie has gone rogue and is now a bad guy. He hasn’t checked in with his unit or his wife in weeks.

We also had a fun Elvis scene. You know how your dog gets pissed off when you leave it alone at home for a bit, and it chews up the floor or leaves a big dump somewhere in the house for you? Well, apparently if you leave your pet alligator alone, and he breaks loose, he tears up the dock, swims a couple of slips over, and leaves a big ole dump on the harbor master’s boat.

Artie finds out that Crockett and Tubbs are cops and is angry that they may end up messing up his investigation of the crime boss, Sam Kovics (Paul Hecht). He has had more than enough to bust Kovics for a while. He has evidence of drugs, extortion, embezzlement, hiring under-age girls, and murder. Crockett gets the feeling that Artie is getting a little too comfortable with the rich lifestyle of a criminal. So, Crockett and Tubbs convince Artie to team up and bust this guy once and for all.

Crockett and Tubbs are still on edge with not knowing which side Artie is on.to make matters worse, it looks like Artie took off when they were supposed to meet. But, Artie calls them, and the bust is on. Of course, things don’t exactly go smoothly, and we our climactic shootout. I’m also discovering that most of the cops are totally inept, and cause a lot of problems for Crockett and Tubbs. Last episode, they came in too early to make a bust. This time, somebody screws up with Tubbs’ wire, which gives them away, leading to the shootout.

“She’s a Beauty” by The Tubes

“Missing You” by John Waite

“Going Under” by Devo

“This Masquerade” by George Benson

The Miami Vice pilot was awesome, as we got to meet the characters, and they got to meet each other. Now, in this episode, the Crockett and Tubbs team is established, and it is great! The chemistry between the characters is awesome. You would never know that this was only the second episode of the series. The action was great, as there was a car chase and a shootout. There were very funny parts as well. Ed O’Neill was a great guest star.  He may look and sound like a young Al Bundy, but man, was he intense in this. And you really never knew for sure what side he was on. Overall, this was a great episode, and I highly recommend it.

Happy 63rd Birthday to The Hoff!!!

Last Song: “Every Little Thing She Does Is Magic” by The Police from Ghost in the Machine (1981)

The Fox and the Hound

Irene Walsh: Pants and shirts go in the… oh, forget about it. Just throw everything into cardboard boxes. Clark, can you really translate all that?
Mouth: For sure, Mrs. Walsh.

Vern: Come on you guys. Let’s get moving.
Teddy: Yeah, by the time we get there, the kid won’t even be dead anymore. 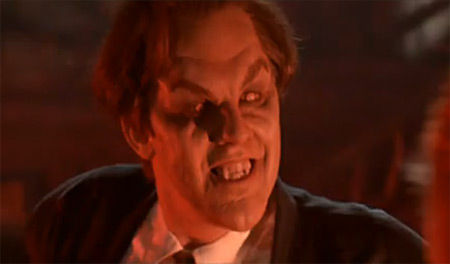 Max: It was all going to be so perfect, Lucy. Just like one big, happy family. Your boys… and my boys.
Edgar Frog: Great! The Bloodsucking Brady Bunch!

Dean: Could you take the car out of neutral? We just got passed by a street sweeper.

Bobby Keller: Why do we have to take something so far that it can’t be taken back? I’ll tell you why – because we’re young, and when you’re young, every little thing seems so big.

Last Song: “All My Life” by Linda Ronstadt and Aaron Neville from Cry Like a Rainstorm, Howl Like the Wind (1989)