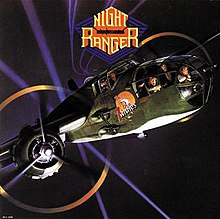 The album 7 Wishes is full of irresistible guitar riffs and this song is not exception. It begins with that (now) classic Night Ranger rhythm guitar that compels the listener to continue the journey through the song. At first, this sounds like it is going to be a nice ballad, but the music picks up pace – then slows back down – then picks it up again to climax in yet another perfect guitar solo. The lyrics tell a sad story of a love that has been lost, but in a refreshing twist, it is regained, “And now the rain / Washes the tears from my eyes / And to the end of time I will follow you.” I love the optimistic tone of the final verse, “I see you walking and my heart begins to pound / Like the sound of distant thunder as it echoes to the ground / Well, I’m lost but now I’m found.” It is great to hear a song that takes a typically morose situation and turn it around and give it a hopeful ending.

There you have it, ten songs that are not played very much on any sort of radio or music video station – but they are great songs. If these ten tunes have not convinced you to pursue more music by Night Ranger, then nothing will ever do that. Go ahead, give them a listen- you will not regret it.

Now I will reveal that third cassette that I bought in a panic on my return trip to the U.S. I am not proud of this purchase, but remember I was desperate and the store’s selection left quite a bit to be desired. Now, I did discover two artists that I still love today, Night Ranger and Andy Taylor, but that third one – that third one . . . Ok, here it goes – that third one was Jack Wagner’s third album Don’t Give Up Your Day Job. What can I say, I liked his character from General Hospital, Frisco Jones and I still stand by his biggest hit single “All I Need” from 1984. I thought this album would be OK – I am still trying to forget this unfortunate event.

Next week I am going with my favorite Bon Jovi songs that have never officially been released as singles and, therefore, count as deep tracks.