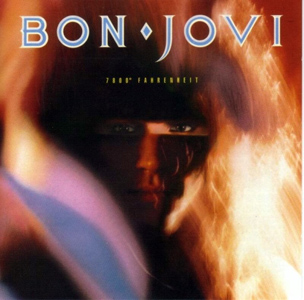 This is my favorite track from 7800° Fahrenheit. I was beyond excited when they played it the first time I saw the band in concert (unfortunately, they did not perform it the next five times). The song begins with a traditional Japanese folk song “Sakura” (cherry blossoms). As the delicate beginning fades, Richie Sambora kicks his guitar in and we are ready for a rocking song. Lyrically, the song is an unusual one for Bon Jovi. The subject of the song is a soldier who is sent to fight in Japan (has to be World War II). This soldier does not feel completely at ease with the fighting, but he does love his his passes away from the base so he can enjoy a little night life. He says, “It was a time to remember / All my life I would never forget / In a bar, breathing smoke / Snorting whiskey, drinking coke / It was a time no one would die.” Sambora’s solo is a good one and after it the soldier is lead upstairs where a woman, with a red light one, is waiting. I think we can all guess what happens next. Despite the lack of solid sales and public reception, I really like this album and listen to it often. This song is a highlight of the album and a must listen to track in the Bon Jovi archives. The video is from a live performance – the best way to listen to a little Bon Jovi.