Hi Everybody! Robert is back for the final week of one-hit wonders. And man, what a way to wrap it up!!! Once again, the one-hit wonders of this series are artists who only had one song crack the Top 40 of the Billboard Hot 100 in the U.S. Now, let’s get back to Robert as he covers an ultimate ’80s tune!

Here they are, the last five songs that I am putting on my One Hit Wonders mixtape. Five more great tunes that have been relegated and sometimes scoffed at, but still hold an important place in the hearts of ‘80s music fans everywhere. So far, there has been no particular order to these songs – I just like them – but for the final five I have saved my favorites. So sit back and once again push play in your Walkman and enjoy these songs that complete the cassette. 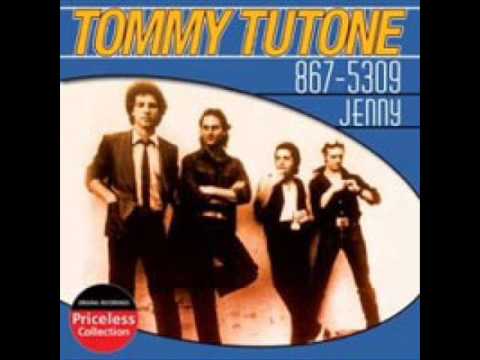 Many of us cannot remember a phone number any more. I can still remember my home phone number from sixth grade, but I would struggle with telling you my number today. Most us have hundreds of important phone numbers saved in our smart phones, eliminating the need to memorize them. To remember these numbers all we really need is a catch song. The title of this #4 hit from 1981 is just a phone number, but it is a number that most of us will never forget. This catchy song by the California band hit American radio with a force and that phone number has been used in prank calls ever since. The song itself is a typical early ‘80s pop rock song in the vein of early Rick Springfield. Lyrically, it has an edge of desperation:

Jenny, Jenny who can I turn to?
You give me something I can hold on to
I know you think I’m like the others before
Who saw your name and number on the wall
Jenny, I got your number
I need to make you mine
Jenny, don’t change your number

Come on everyone (you know the next part sing it with me), “8 – 6 – 7 – 5 – 3 – 0 – 9.” The man’s desperation does not quite overcome his nervousness though, as he tries to call her, but chickens out at first, “You don’t know me but you make me so happy / I tried to call you before but I lost my nerve.” Perhaps he has a bit of a problem – maybe he is stalking her – I’m not sure but he does say, “I tried my imagination but I was disturbed.” What he have here is a great song and a two pronged lesson. Guys: no matter how desperate you are, calling a number you get from a bathroom wall is probably not a great idea. Ladies: never, never, leave your phone number on a bathroom wall – you never know who will call.