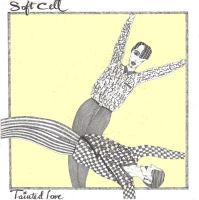 This mega international hit is a cover of a 1965 song by Gloria Jones that failed to dent the charts. In January of 1982 it entered the Billboard Hot 100 and bounced around for a while, taking nineteen weeks to reach the Top 40 and peaked at #4. This song remained on the American charts for a combined forty-three weeks! In addition it reached the top ten in fifteen European countries as well – a true definition of a hit. The song is simple and catchy (you know you vocally hit that keyboard every time you hear this song). The speaker in the song is in dire straits – his love has left him and he is struggling:

Sometime I feel I’ve got to run away
I’ve got to get away
From the pain you drive into the heart of me
The love we seem to share seems to go nowhere
And I’ve lost my life
I toss and turn, I can’t sleep at night

Then comes the heart wrenching line, “Once I ran to you, now I run from you.” He is clearly upset and cannot imagine a way out of this situation. Eventually, he accepts his pain and decides the only way out is to leave:

Don’t touch me, please, I cannot stand the way you tease
I love you though you hurt me so
Now I’m gonna pack my things and go

Lyrically, the song is devastating, but musically the song has that new wave synthesized upbeat feel to it. This creates an interesting clash – I like it. When I think of One Hit Wonders, this is typically the first song that jumps in my head. This song has proven to have some longevity, as is has been used in films and sampled in several songs in the 2000’s.