[During Rocky’s training with Apollo, he’s in an another world, haunted by the first Balboa-Lang fight; Apollo lands some practice hooks] 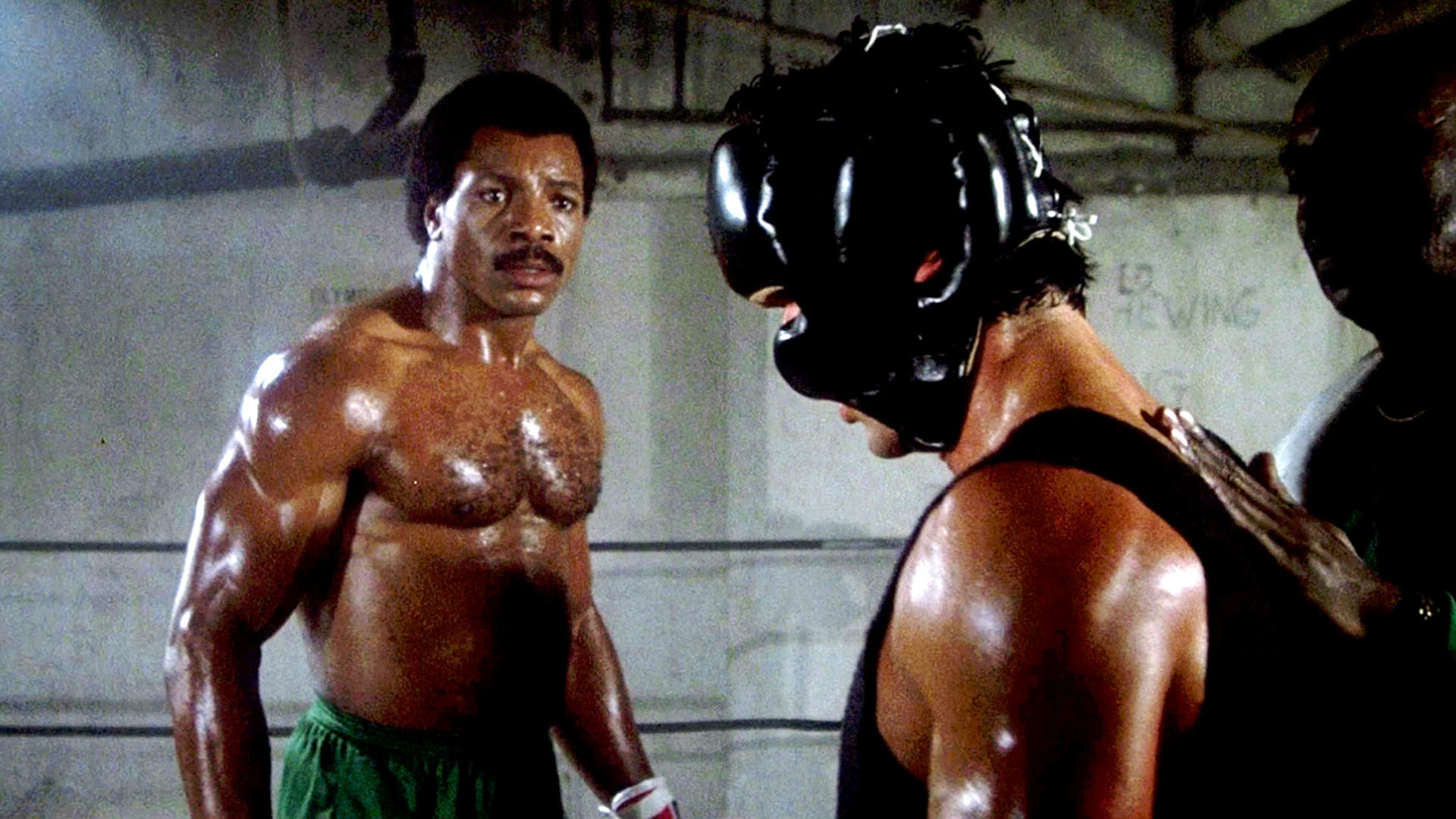