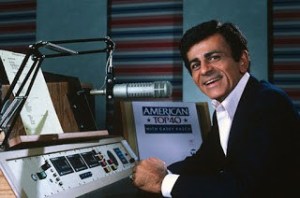 Time for another Top 40 countdown! With Election Day tomorrow, I decided to go with the week of an Election Day from the 80s. I had already done 1984 for this week. So, we will go towards the end of the Reagan era. This Presidential race was George H. W. Bush against Michael Dukakis. This was the first election I voted in.

I had graduated earlier in the year, and was now attending Community College. Well actually, I was registered at the Community College of Rhode Island. However, I attended DG’s Arcade instead of actual college classes. 3 months later I was heading to Great Lakes, in the dead of winter, for Navy boot camp.

Now, let’s Return to the week ending November 5, 1988, and see what songs may have come on the radio in my 1981 Chevy Citation, on the way to the arcade.

This is a pretty good song with a funky beat. But, I spend the entire song waiting for them to burst out singing about walking a dinosaur.

This song from Basia’s debut album of the same name, is her biggest hit.

37. “Small World” by Huey Lewis and the News

This is the title track of Huey Lewis and the News’ last album released release on Chrysalis. The album did not sell as well as the band’s previous albums, Sports and Fore!.

This forgotten gem (well, I had forgotten about it anyway), was released off the late great Glenn Frey’s third studio solo album Soul Searchin’.

35. “Finish What Ya Started” by Van Halen

According to the book, Everybody Wants Some: The Van Halen Saga, Van Halen’s OU812 album was complete (or so they thought), Eddie came up with the riff at 2 in the morning and went down to his then-neighbor Sammy Hagar to show it. Hagar let Eddie in, and the two played guitars in his balcony until they had a completed song.

This is a pretty cool, funky song. I would have never listened to it back when it was originally released. That may explain why I don’t remember this song at all.

This is probably one of the most iconic hard rock songs of the ’80s.

This seems like a little different sound for the Pet Shop Boys. The music is a freestyle dance style. Before the vocals come in, this sounds like it could be a song by Exposé, Sweet Sensation, or the Cover Girls.

Hall and Oates seem to have a different perspective of the city than Guns N’ Roses! Even though Hall & Oates had their best years behind them as far as climbing the charts is concerned, this is a pretty good tune. If it was released in 1982, it may have been a bigger hit.

That wraps up today’s list of songs. Not a bad start. Come back tomorrow to check out songs 30-21.