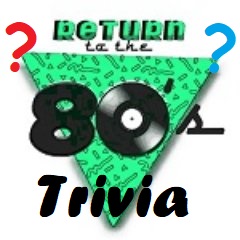 Question: I’m a monkey that kids like to play with.
I’m oh so soft and cuddly and I like to suck on my thumb.
I had my own animated TV series.
Who am I?

Last Question Which one of the following could you NOT pop open a can or bottle of in the 80s?
Tab
Crystal Pepsi
Slice
Jolt

Answer: Crystal Pepsi. It was released in 1992.

And let’s Return to the ’90s for a minute. I totally forgot about this commercial! It’s fitting that Van Halen’s “Right Now” is used for the ad.