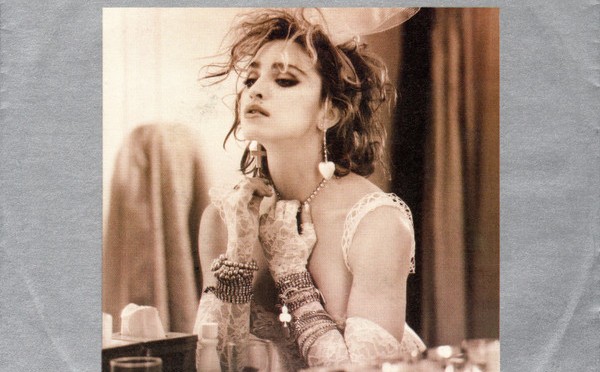 On this day in 1985, Madonna’s Like a Virgin album hit #1 on the US Billboard Charts
#1 album in America, and remained in that spot until March 1. In honor of this accomplishment, the title track will be the Song of the Day.

“Like a Virgin” was released on October 31, 1984 as the lead single from the Like a Virgin album. The song was written by Tom Kelly and Billy Steinberg. They also wrote some other songs you may have heard of – “Eternal Flame” by the Bangles, “So Emotional” by Whitney Houston, “True Colors” by Cyndi Lauper, and “Alone” by Heart. This song was Madonna’s first of 12 number-one hits on the Billboard Hot 100, and along with “Material Girl”, made her an icon. It hit hit top spot the week of December 22, 1984 and remained there for six weeks.

The music video, directed by Mary Lambert, who worked with Madonna in her video for “Borderline”, was also iconic, with Madonna on a gondola in Venice. In addition to the iconic video, Madonna’s performance of the song, at the first MTV Video Music Awards in 1984, was legendary. What’s more astonishing is that the song had not been released yet at the time of the performance.

Madonna is a true ’80s legend, and the Like a Virgin single and album are a big reason for this.