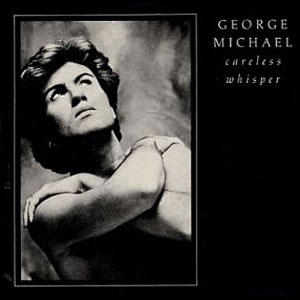 “Careless Whisper” by Wham! hit #1 on this day in 1985. Most Wham! songs were written solo by George Michael, but this one was also credited to Andrew Ridgeley, the other half of Wham!. The song was released on the duo’s second album, 1984s Make It Big, but was also released as a George Michael solo single – credited in the US to “Wham featuring George Michael.” This was Epic Records first million-selling single and it was George Michael’s biggest-selling single in the UK, either as a solo artist or with Wham!, selling 1,365,995 copies. In America, “Careless Whisper” was certified platinum, meaning it sold over 2 million copies.
The song is best known for its iconic saxophone riff. The video was shot in Miami and directed by Duncan Gibbins, who later worked on George Michael’s videos “I Want Your Sex,” “Faith,” and “Father Figure.”