Question: What were the years of the television show, Remington Steele‘s original run on NBC TV in the United States?

Last Question: What craft toy involved cutting plastic figures, coloring them in, and then baking them in the oven? 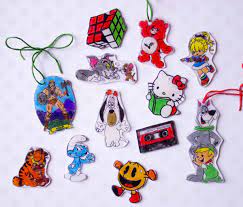