Bill & Ted’s Excellent Adventure opened in theaters on this day in 1989, and “I Can’t Break Away” by Big Pig is one of my favorite songs from the soundtrack. It was featured in the opening credits of the film.
The song itself was originally released on November 2, 1987 in the United Kingdom, and was released on February 15, 1988, as the third single from the Australian band’s debut album Bonk. It was released as “Breakaway”, but is listed as “I Can’t Break Away on the soundtrack album. This was a cover of the 1973 Chuck Jackson song.
Big Pig’s version became the band’s most successful single, reaching number one in New Zealand in May 1988. It also reached number eight in their native Australia and managed to chart in North America, reaching number 60 on the US Billboard Hot 100 and number 10 on Canada’s RPM Top Singles chart.
Big Pig released only one more album, 1990s You Lucky People. They disbanded shortly afterwards, in March 1991.

Lead singer, Sherine Abeyratne along with her twin sister (and also a pop star) Zan, were guests just this week on the podcast, A Journey Through Aussie Pop.

Here is the official music video

Here are the opening credits of Bill & Ted’s Excellent Adventure

Bill & Ted’s Excellent Adventure came out at the same time that I left for Navy boot camp. So, I was unaware of the film. Later on in the year, while stationed in Oakland, California, I had 2 roommates. Every once in a while, they would say or do something, then say “Excellent!” and play air guitar. After a while, I said “What is that? Am I missing something?” They said, “Haven’t you seen Bill and Ted?” I hadn’t. The movie had just come out on video, so we rented it, and I was floored. It quickly became one of my favorite movies. And the music was incredible, which also helped the movie. I loved every song, and there was not a big name artist on the soundtrack. Extreme would go on to be the biggest name on there, but it wasn’t until well after the movie came out.
“Play With Me” by Extreme blew me away, especially that guitar! And the scene in the movie, featuring that song, was an awesome and funny montage.

My favorite songs from the soundtrack are “Breakaway” by Big Pig, and “Walk Away” by Bricklin.

I am curious to see what Bill and Ted 3 has in store for us this year!

In the meantime, you can check out the soundtrack on Spotify:

And if you’d like to get the album from Amazon, you can click on the album cover below:

Evil Duke: Put them in the iron maiden.

Bill: You ditched Napoleon!
Ted: Deacon, do you realize you have just stranded one of Europe’s greatest leaders in San Dimas?
Deacon: He was a dick.

Napoleon Bonaparte was born on this day in 1769. Happy birthday, you dick!

Bill: So-cratz – “The only true wisdom consists in knowing that you know nothing”.
Ted: That’s us, dude.

Girl at Mall: Oh, my God!
[laughs with her friend at Freud’s introduction]

Sigmund Freud: You both seem to be suffering from a mild form of hysteria.
Girl at Mall: You are such a geek!
[walks off with her friend]
Billy the Kid: Way to go, egghead!
Socrates: GEEK!
[laughs]
Sigmund Freud: What is a geek?

[By the way, maybe it’s just me, but every time I see Socrates’ name now, I keep thinking it is pronounce “So Crates.” Thanks Bill and Ted!]

Bill: It is indeed a pleasure to introduce to you a gentleman we picked up in medieval Mongolia in the year 1269. 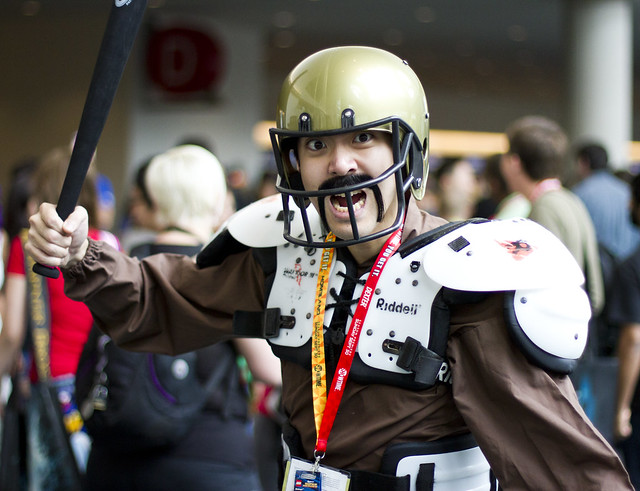 Here is Jane in action, getting picked up by Bill and Ted, and then hijacking an aerobics class in he San Dimas mall:

Bill S. Preston, esq. and Ted Theodore Logan, the Wyld Stallyns themselves, will be returning to the big screen.

According to ContactMusic.com, Keanu Reeves confirmed that BILL & TED 3, the third instalment of the cult ‘Bill & Ted’ franchise, is officially on its way. The following is from the site:

The actor, who played Ted in the movies, says the writers are around six weeks away from a draft of the script, reports MTV News.

The actor says ‘Bill & Ted 3’ is likely to build on previous storylines, saying, “When we last got together, part of it was that Bill and Ted were supposed to have written the song that saved the world, and it hasn’t happened. So they’ve now become kind of possessed by trying to do that. Then there’s an element of time and they have to go back”. Previously, Reeves had said that the original screenwriters Chris Matheson and Ed Solomon were “going to try and see” if they could write something. ‘Bill & Ted’s Excellent Adventure’ in 1989 and the sequel ‘Bill & Ted’s Bogus Journey’ in 1991 co-starred Reeves and Alex Winter as high school students traveling through time to piece together a history project. In the third movie, the characters are now in their mid-forties, something that Reeves described as “pretty excellent”.

Before beginning work on ‘BILL & TED 3′, Keanu Reeves will first star in the action-drama ’47 Ronin’ about a band of samurais who set out to avenge the death of their master.

I wonder how they will explain what happened to Rufus, who was played by the late George Carlin. And it will be great to see Keanu go back to his most believable role.