So far, 2017 has started off much better than 2016. For me, the year began with a tweet from Lou Gramm, former lead singer of Foreigner. Therefore, we could not resist cover one of the best rock bands of the ’70s and ’80s.

In addition, our ’80s crossover event – ’80s Innovations – is discussed. We also have a new Play This, Not That, Remember That Song, and ’80s Trivia.

Now, let’s take a look back at Lou Gramm and Foreigner.

– Return to the ’80s gets Tweeted at by Lou Gramm
– New One Day At a Time show on Netflix, based on the original series

Listen to This, Not That – Quarterflash

– Instead of this:
Harden Your Heart

– Play This:
Find Another Fool 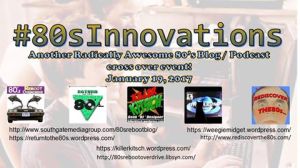 Name the artist and song:
You play tricks on my mind, you’re everywhere, but you’re so hard to find
You’re not warm, you’re sentimental
You’re so extreme, you can be so temperamental

If you know the answer, please email us at Returnto80s@gmail.com

Once again, if you know the answer, please email us at Returnto80s@gmail.com

– Angel with a Dirty Face

– Just Between You and Me

– With Heaven On Our Side (Paul)

Honorable mention – I Want to Know What Love is

We hope you enjoyed this episode. Please email us at returnto80s@gmail.com if you want to discuss Foreigner or anything ’80s.

And also check us out on iTunes, Soundcloud, Stitcher, or anywhere else you get your podcasts from.

Welcome to another ’80s crossover event. Every month, we collaborate with some other ’80s blogs and podcasts, and discuss a specific topic. This month will be a fun one – ’80s innovations. We each picked 3 items to discuss. In addition to technology, there were several other awesome innovations in the ’80s. There were many toys, movies, fashion, and food created or came to prominence in the ’80s. My three choices are here. Return to the ’80s’ own Robert Mishou wrote this article, and mine will follow next week. In addition to our picks, be sure to check out these other participating sites:
’80s Reboot Overdrive Podcast and Blog
Rediscover the ’80s
Weegiemidget
Killer Kitsch

Charter. Time Warner. Direct TV. Today, we take for granted the number of television stations available as well as the wide variety of programming we can watch. But it wasn’t always this way. Growing up most of us had three channels to choose from – ABC, NBC, and CBS (no one really wanted to watch PBS). In the late ‘70s I would toggle back and forth through these three networks looking for something to watch on my new portable black and white TV that my parents bought me for my tenth birthday. I found a few shows I liked, but never really spent too much time watching TV (this is probably why I started listening to music so much). All of this changed when cable showed up! There were only a few new stations that came with our newly acquired cable package when we lived at Fort Sam Houston in San Antonio, Texas in 1980, but I watched them constantly. By far, my favorite channel was MSG the Madison Square Garden network that showed sports from New York all of the time. I was on a hockey high having just watched the Miracle on Ice. Yes, I watched all of the U.S. hockey games live – even the victory over Russia which would be replayed later in prime time for to let all Americans bask in the glory of defeating the evil hockey giants from the U.S.S.R. At the time I could not get enough hockey and I watch every Rangers game that was on MSG.

Adding to my burgeoning interest in sports, the cable company in San Antonio broadcast San Antonio Spurs games – the road games as least. Usually, the home games were blacked out so I stared at the THIS GAME IS UNAVAILABLE IN YOUR AREA screen in abject disappointment. This was a minor bump in my road to following the Iceman George Gervin in every other NBA city.
My love for cable TV came to an abrupt halt in 1981 when my U.S. Army father was rotated out of San Antonio and to Frankfurt, (West) Germany. I narrowly missed the debut of what would eventually become my most sought after station: MTV . . .

Yes, the Video Cassette Recorder saved me – it really saved me! I loved living in Germany – I was close to my grandparents who were Dutch and lived just a three hour drive from Frankfurt in a small town in Holland called Valkenburg a/d Guel. I also met my best friends LeRoyce and Marvin in Germany, and together we pined for the lack of cable and (based on what we heard and read) the amazingly awesome MTV. There was one American TV station that we had access to (American Forces Network) and it broadcast from six in the morning until midnight. It would show a sampling of programs from the three big networks, but they were always a season behind. To combat this lack of visual programming, nearly every American family overseas owned a VCR – we had to! There was so little on TV that you had to watch movies on the VCR to fill in the gaps.

We went to almost every movie that showed in the American theaters. I have fond memories of watching Ghostbusters, E.T., and Beverly Hills Cop in theaters about seven months after each premiered in the U.S. Even though we were lucky enough to have access to these theaters, it did not really solve the problem of not much to watch at home.

This is where the VCR come in. Since nearly everyone owned a VCR, we were always trading video cassettes – dubbing movie after movie – renting from American video stores – very rarely purchasing a coveted movie (they were VERY expensive in the ‘80s) – all in the attempt to stay entertained. One summer I watched Superman II every single day in June and July! Classics like Stripes, Fast Times at Ridgemont High, The Karate Kid, and 48 Hours made the rounds. If you got a hold of a new movie, you were obliged to put it in the rotation. All of your friends got to have it for a few days and then they passed it on to someone else. This is the reason why movies were dubbed all of the time. I had some very poor quality movies on video cassette that were dubbed and dubbed and dubbed – I did not care, I needed something to watch.

Wait. You say I started this VCR bit with a reference to MTV and I have made no connection to MTV at all! Ok, here it is. All of the teens who lived in Germany in the ‘80s knew about MTV. We read about it and we saw it on news reports – but we could not watch it. We had music videos on Video Jukeboxes that were in every American bowling alley. We loved this but could not watch music videos in the comfort of our own homes. Enter the VCR. Many Americans returned to the United States for the Christmas holidays. When any of these lucky people returned to Germany for the start of school, they would have with them a video cassette with hours of MTV! These tapes were lent, traded, stolen – whatever – we literally WANTED our MTV. 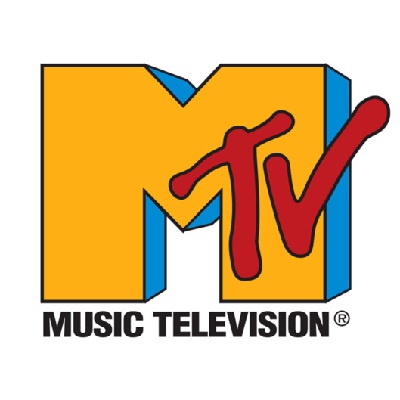 I dubbed the crap out of these. I had five video cassettes – six hours each – full of music videos, MTV concerts, interviews – anything that was on MTV. I watched these again and again and again and . . . These tapes were my lifeline to American music and it solidified my love of music. I loved these tapes, but it did not fully quench my desire for MTV – I still had never seen it live. In 1987 I moved back to the United States – Kearney, Nebraska, specifically, for college. During my first weekend of school (the Friday, Saturday, and Sunday before classes started) I watch MTV in the dorm lounge for about thirty-five hours! I marvelled wide eyed at what I was looking at. Cable TV had once again had a profound impact my life.

“Come on feel the noise!” By far one of my favorite innovations from the ‘80s was the rise of the Hair Bands. I started the decade as a huge REO Speedwagon and Billy Joel fan and my musical love for them continued as I entered my teendom. I loved the sounds that emanated from the electric guitar and I found myself wanting more of this. I did not really feel the heavy stuff like Iron Maiden, frankly it made me a bit nervous. I wanted more guitars, but I did not want the overly savage, aggressive sound. The rise of the hair bands offered me what I was looking for: guitar driven rhythms, searing solos, and calmer lyrics. I loved the outfits, the overproduced rock sound, and the enjoy life sentiments. For a time, it did not matter who the band was – if they had big hair and guitars, I gave them a chance. Bands like Quiet Riot, Bon Jovi, Skid Row, Warrant, Winger, Poison, Danger Danger, and Whitesnake all came into heavy rotation on my record player and tape deck. I completely bought into every aspect of what these bands had to offer. I stayed with them all the way through college, always on the lookout for another new rocking band. Once the grunge movement came, I knew that it would be the end of the prominence of my teased hair heroes. It would be the end of spandex laden women (and men); the end of big haired guitarist who could lay out a blistering solo with unexpected talent and verve; the end of sleek, alluring women with way too much make up. It would also be the end of monster ballads – easily my favorite thing about the genre. I am a complete sucker for songs like Skid Row’s “I Remember You”, Winger’s “Without the Nights”, Bon Jovi’s “I’ll Be There for You”, and Warrant’s “Heaven” – I still listen to them today – I cannot forget the first time I heard Poison’s “Every Rose Has a Thorn” – I was so overcome that I had to sit down.

Thanks to XM radio, I am able to feed my fond memories of this music any day. There is not a Friday afternoon that passes without a little Hair Nation filling my car with the heavy beats, strong bass, and impassioned guitar solos of songs like “Rock You Like a Hurricane”, “Pour Some Sugar On Me”, or “Cherry Pie.” I love my Hair Bands and I miss warm summer days driving with the windows down and my car cassette stereo blasting, “Bang, bang, what’s that sound / I gave you my love and you shot me down / Bang, bang you’re so cool / Playing the game someday you’re gonna lose!”

Do you have any favorite innovations? Also, please check out the following blogs and podcasts: