Question: Which detective was helped by his niece Penny, her talking computer, and a dog called Brain?

Oliver & Company, the 27th Disney animated feature film, was released in theaters on this day, 31 years ago, November 18, 1988.

Sebastian: Ariel, listen to me. The human world is a mess. Life under the sea is better than anything they got up there.

Sebastian: The seaweed is always greener / In somebody else’s lake / You dream about going up there / But that is a big mistake / Just look at the world around you / Right here on the ocean floor / Such wonderful things around you / What more is you lookin’ for? / Under the sea / Under the sea / Darlin’, it’s better / Down where it’s wetter / Take it from me / Up on the shore they work all day / Out in the sun they slave away / While we devotin’ / Full time to floating / Under the sea!

The Little Mermaid became the 28th Disney animated feature film to be released in theaters on this day 30 years ago, Nov 14, 1989. 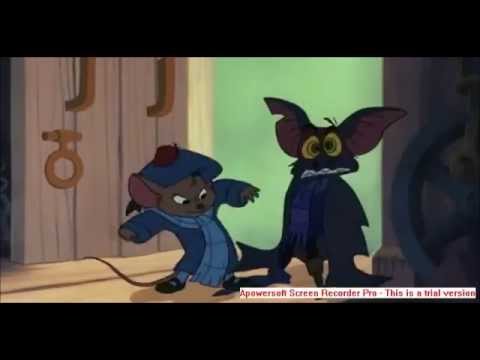 Fidget: [after Olivia stomps on his toes] Ow! My foot! My only foot!

Question: What movie is this picture from:

Last Question: What is the acronym for Epcot (which opened 30 years ago yesterday)?

Here is the opening ceremony, which took place 30 years ago yesterday (October 1, 1982):

Question: What is the acronym for Epcot (which opened 30 years ago today)?

Last Question: What movie featured Stephen King’s son, Joe, as a boy who is punished by his father for reading horror comics?

Question: In honor of Goofy’s 80th birthday, can you name the person who has been the official voice of Goofy since 1987’s Disney’s Doggone Valentine?

Last Question: Representing the “Finicky Party”, who ran for president for the first time in 1988?

Hey Gang, sorry for the sudden absence. I was away on vacation last week, and was swamped with work, doing some major O.T. After spending an awesome weekend on Cape Cod (enjoying summer-like weather, but without the summer-like crowds), we went to Florida.

My wife and I spent our 10 year anniversary on Thursday at Disney. We did the Food and Wine Festival at Epcot. We had to leave there to go to the Magic Kingdom for Mickey’s Not So Scary Halloween Party (where I proposed to my wife again, in front of Cinderella’s Castle).

Since we had to leave Epcot early, we missed Starship performing. But with youtube these days, we can still see the performances:

We Built This City

Question: What short-lived, much-ridiculed series centered on a criminologist who was “sole heir to the secret link that binds man ans animal”?

Last Question: What news anchor departed with the words: “I’ll be away on assignment and Dan Rather will be sitting in here for the next few years”?

Walter Cronkite, “The most trusted man in America”, was an anchorman for the CBS Evening News for 19 years (1962–81). He was known for his catchphrase, closing out each news program: “And that’s the way it is”.

He was a news anchor during quite an eventful era. He reported the death of President John F. Kennedy, combat in the Vietnam War, the death of civil rights pioneer Martin Luther King, Jr., Watergate, and the Iran Hostage Crisis. He was also known for extensive coverage of the space program from Project Mercury to the Moon landings to the Space Shuttle.

On February 14, 1980, Cronkite announced that he intended to retire from the CBS Evening News; at the time, CBS had a policy of mandatory retirement by age 65.

His last day in the anchor chair at the CBS Evening News was on March 6, 1981; he was succeeded the following Monday by Dan Rather. Here is the ending of his last broadcast:

In his retirement, he made guest news appearances, did voiceover work for documentaries, and also did work for Disney. This includes ‘Back to Neverland’ shown in the Disney’s MGM Studios attraction, The Magic of Disney Animation. Here is the show starring Cronkite and Robin Williams:

He also did the narration for Spaceship Earth at Epcot:

Question: Can you name the 5 Original MTV VJs? And who was your favorite (there’s no wrong answer for the second part*).

Last Question: What Cyndi Lauper chart-topper was later adopted by Kodak for an ad campaign?

Here are some of the commercials that you may remember:

Kodak also sponsored the Disney attraction, Honey, I Shrunk the Audience at Epcot, where “True Colors was also featured in the preshow:

*Unless you don’t pick Martha! 😀