Today I am excited to present to you another ’80s crossover event. It is becoming an awesome monthly event. As with our ’80s cars crossover, this event is being coordinated by 80s Reboot Overdrive. Our family is also growing as we picked up another blog/podcast to join our group.
This month we are talking about our 3 favorite Christmas gifts. These could be gifts that we received, gave, or wanted, but not received. Before I get into my picks, here is the list of participants. Every one of these is awesome, and I highly recommend that you check them out and show them some love.

80s Reboot Overdrive, which also has a podcast episode on this topic.

Rediscover the 80s Blog and Podcast

Now here are my picks:

I’m not sure if this was from the late ’70s or early ’80s. But, I loved the Talking View Master. When I was a small child, I had a regular view master. It was so cool and mesmerizing seeing the 3D images that told a story. But, the Talking View Master brought it up another level. It was also a bonus that the one I had contained stories featuring Spiderman, Captain America, Iron Man, and Thor. The View Master itself was huge in size compared to the regular View Master. The round reel also had a plastic disc attached to the back of it. When you looked through it, you would press the button on the back, and it would talk, and tell the story on each image. 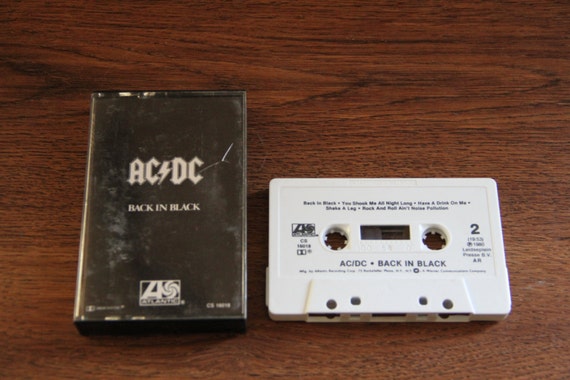 My birthday is in September. For my birthday in 1980, my parents gave me my very first tape recorder, along with a cassette of Kiss Unmasked. My parents are music lovers, and were smart enough to know that it was time for me to listen to my own music. No more Neil Diamond, Simon & Garfunkel, John Denver, or Barry Manilow for me! I listened to that Kiss cassette non-stop.
So that Christmas, my tape collection doubled, and my music taste was set for life. I found out after the fact that my dad went to Zayre, and asked the kid in the music department what the kids are listening to these days. And the kid pointed out AC/DC’s Back in Black to him. And the rest is history.
Back in Black is one of the greatest albums of all time. There is not a single low point on this album. I had been familiar with AC/DC because a friend of mine had Dirty Deeds Done Dirt Cheap on 8-track. I mean, c’mon. What boy didn’t laugh his ass off at the song “Big Balls”? But, when I got Back in Black, I became a rock fan for life. From the opening gongs of “Hells Bells” to the surprisingly mellow, and different sounding, “Rock and Roll Ain’t Noise Pollution”, with classics like the title track and “You Shook Me All Night Long”, this album is nothing short of legendary.

I got most of my toys when I was a child in the ’70s. In the ’80s, I was a little too old for kids toys. Luckily, I was growing up in the greatest decade ever. It was the dawn of electronic games. Not as clumsy or complicated as today’s games, those early handheld games were elegant for a more civilized time. They were simple and fun. You didn’t need somebody brains blown all over your screen. All you needed was a couple of dots or lines, and you could spend 8 hours of playing a game without realizing how much time passed. On Christmas, we would open our presents as soon as we got up. Then we went to church. I could not wait for mass to be over so I could get home and play my games! These are just a few games that stood out to me.

The thing that stood out to me with this game, besides the early cell phone shape, was that Merlin had 6 games on one device! Here are the list of games:

Tic Tac Toe – It’s exactly what you think. A simple Tic Tac Toe game.
Music Machine – Each button had a distinct sound. So you would program your own music, and Merlin would play it back once you had it programmed. The instruction manual had a list of songs with the numbers to program, if you didn’t wnat to make something up.
Echo – This was just like Simon, where buttons would light up in a sequence, and you would have to copy that sequence.
Blackjack 13 – This was just like Blackjack, except you had to get 13 or under instead of 21.
Magic Square – You would play this with another person. You would hit some numbers, then your opponent would have to figure out which numbers you selected
Mindbender – Similar to Magic Square. Except it was a 1 player game. Merlin would have a 4 digit number, and you would need to guess the 4 digits in the correct order. If you got a number in the right spot, the number would flash, and you would keep trying.

Like most kids in the ’80s, I loved going to the arcade, and playing every game I could. Unfortunately, I could not go to the arcade all the time, and I only had a limited number of quarters. So, one Christmas I got the next best thing! I got the Frogger tabletop arcade game by Coleco. The best thing about this was the game was shaped like the actual arcade game – and you didn’t need to put quarters in! There was also Pac-Man, Galaxian, and Donkey Kong. I only had Frogger, which was good enough for me.

Finally, another one of my favorite games was my Tandy Head to Head Football. I believe Coleco made the more popular version, but I had the orange Tandy version that I could not get enough of. I had some other single player games, such as baseball and soccer. But this football game was different because 2 people could play at once. One side of the device would control the offense, and the other site controlled the defense. When the other person got the ball, you would turn the game around and switch sides. Your players would be simple lines. You could run or pass. When you passed, you could see the little round dot being thrown. Another good thing about this game was that you did not need 2 players. You could play against the computer.

Well, that wraps things up. Again, please check out these other people, and see what their favorites were.

And did you have any of these gifts? What were some of your favorite gifts of the ’80s? We’d love to hear from you. You can either comment here, or send us an email at returnto80s@gmail.com.