You with the sad eyes
Don’t be discouraged, oh I realize

Last Song: “Things Can Only Get Better” by Howard Jones from the album Dream Into Action (1985)

And do you feel scared, I do
But I won’t stop and falter 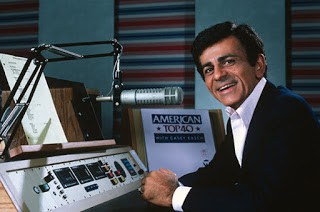 Welcome to a brand new week of the Top 40 Countdown! It’s been too long since the last one. It is always fun to go back and reminisce with songs from the ’80s, and rediscover songs we may have forgotten about, or discover new old songs we may have missed the first time around. This week, we will Return to 1986. This was right in the middle of high school for me. I had just begun my junior year. This was an ancient time when we actually celebrated Halloween and Thanksgiving, and didn’t just jump from Labor Day to Christmas. Right now, we are between Halloween and Thanksgiving. In high school, we were beginning to wrap up our Fall sports. I did Cross Country, so it was starting to get a little too cold to run in tank tops and those pre-Michael Jordan ’80s shorts. Soccer and Field Hockey were wrapping up, and we were ramping up for the big Thanksgiving Day football game.
Now, let’s Return to the week ending November 8, 1986, and listen to what was on the radio back then. You can click on the song title to get the YouTube video, and you can click on the album cover to check out the song on Amazon.

40. “Shake You Down” by Gregory Abbott

We begin the countdown with Gregory Abbott’s debut into the Top 40. This lead single from Abbott’s debut album Shake You Down was his biggest hit, and would go on to hit the top of the charts. Gregory Abbott is still out there releasing music – most recently, 2019’s “My Heart Has Found a Home“.

This is one of my all-time favorite Talking Heads songs. Released as the lead single from their seventh studio album True Stories, it would peak at #25. The video is also a lot of fun, and won “Best Group Video” at the MTV Video Music Awards in 1987.

This song would eventually peak at #10. The Pretenders were in a major transitional period at this point. This was the first single off of the Get Close album. A few years earlier, original members James Honeyman-Scott and Pete Farndon died of drug overdoses. During the recording of this album, Chrissie Hynde found that Martin Chambers’ drumming had deteriorated, still struggling after losing his 2 best friends. So Hynde let him go, leaving her as the only original Pretenders member. The album turned out to be a success. Chambers reunited with The Pretenders for their 1994 album Last of the Independents (which produced the smash single “I’ll Stand By You“), and has been there ever since. I saw them open for Journey and Def Leppard in the summer of 2018, and they still rocked. Look for them touring with Journey in the summer of 2020!

This is easily my favorite Peter Gabriel tune. It would only peak at #26 on this chart, but was a #1 hit on the Mainstream Rock chart. This came of Gabriel’s smash album So. However, it will forever be linked with the iconic scene in the 1989 movie, Say Anything…, as John Cusack’s Lloyd Dobler is holding a boombox, over his head, with this song blaring outside of Diane Court’s (Ione Skye) bedroom.

This classic by the Canadian rock group, Glass Tiger, was starting to drop out of the countdown, falling from 28 to 35. But, it was a smash hit in Canada and in the U.S., hitting #1 and #2, respectively. And yes, that is fellow Canadian Bryan Adams on backing vocals.

34. “(Forever) Live and Die” by Orchestral Manoeuvres In The Dark (OMD)

This song by the English electronic band was climbing up the charts this week. It would go on to peak at #19 in the US, #11 in the UK, and it would break into the Top 10 in several other countries.

Yes, ‘Til Tuesday had other songs besides “Voices Carry“. And somebody else besides Heart did a song called “What About Love“. This song isn’t as good as either. But Aimee Mann has a great voice, and this song isn’t too bad.

Here is another song on the way out of the countdown, dropping from 23 to 32 this week. But not before becoming a huge hit, peaking at #3, and becoming one of the highest selling singles of 1986. The song was ranked number twenty-seven in VH1’s 100 Greatest One Hit Wonders of the ’80s.

That wraps up today’s list of songs. Let me know what you think so far. What were you doing this week in 1986? Any favorite memories you’d like to share? We’ll be back tomorrow to continue the countdown.

Only emptiness remains
It replaces all the pain

Last Song: “No One Is To Blame” by Howard Jones from the album Dream Into Action (1986)

Last Song: “Life in One Day” by Howard Jones from the album Dream into Action (1985)

Last Song: “Life in One Day” by Howard Jones from the album Dream Into Action (1985)

His reserve, a quiet defense
Riding out the day’s events

Hair’s to Friday!
Can you name the artist and song:

Babe, it wasn’t easy to leave you alone
It’s getting harder each time that I go
If I had the choice, I would stay

Last Song: “No One is to Blame” by Howard Jones. The song appeared on 2 albums. The original raw version was on Dream into Action (1985). The radio version, that most of us are familiar with, appeared on One to One (1986).

Here is the original raw version:

And here is the radio version from 1986:

Last Song: “Things Can Only Get Better” by Howard Jones:

And courtesy of Kids Inc. Daily (@kidsincdaily), here is Martika from the show:

Can you name the artist, song, and complete the lyrics:

Last Song: “No One is to Blame” by Howard Jones: