Welcome back to another week of Top 40 music! I am so worn down by this election season. And now it’s time to celebrate the end of this disgusting chapter in U.S. politcs. And what better way to celebrate than to take a shower, and listen to some great music. And this is going to be a great week of music! We are Returning to the week ending November 10, 1984. This week we had just elected Ronald Reagan to his second term as president. I was only 14 at the time, but I don’t remember the campaign being so dirty back then. So let’s go there, and Return to the week ending November 10, 1984, and begin the countdown.

[Reminder: If you want to hear the song/watch the music video, you can click on the song title]

This was John Waite’s follow-up to “Missing You“, and was overshadowed. That is a shame because this is a pretty good song. It kind of sounds like a song Bryan Adams would do. A good mid-tempo rocker. Not a bad way to begin the countdown.

39. “Cover Me” by Bruce Springsteen

This song was the second single released from Bruce’s classic Born in the U.S.A. album. It was originally written for Donna Summer, but Jon Landau, Springsteen’s manager, thought the song was a potential hit. So he kept it for the upcoming Springsteen album.

This was the fourth single released off theCars’ classic Heartbeat City album. The video was directed by Andy Warhol. This song is part of the opening montage of the Return to the ’80s podcast.

There is not much denying which decade this song is from! This song was Dan “I Can Dream About You” Hartman’s last #1 dance tune. I wish dance music these days sounded like this!

I never heard of this song before. It sounds like Loverboy played on high speed. Sam Harris was the grand champion singer of Star Search in its premiere season in 1983.

After the band Styx melted down following the Kilroy Was Here album, Tommy Shaw struck out on his own for a while. This was his debut single, and what a way to start!

It didn’t take long for The Cars to make another appearance on this countdown! This was the third single released from Heartbeat City. This is a little different sounding Cars song. Not only is it a ballad, but instead of Ric Ocasek singing lead, the band’s bassist, Benjamin Orr sang lead. The music video was directed by actor Timothy Hutton. It is mainly known for featuring model Paulina Porizkova, who would later become Ric Ocasek’s wife.

This title track to Julian Lennon’s debut album was his first single released in the U.S. It may be a blessing and a curse that he looks and sounds like his legendary father. 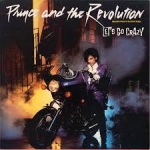 This is one of my favorite Prince songs. Still can’t believe he’s gone. This song was the opening track on the Purple Rain soundtrack as well as the film.

What a great way to end today’s list of songs! This is one of my favorite Benatar tunes. This was the lead single off of her 1984 album Tropico. The song earned Benatar a Grammy nomination for Best Female Pop Vocal Performance alongside Linda Ronstadt, Tina Turner, Madonna, and Whitney Houston (won by Whitney).

Well that wraps up today’s list of songs. Not a bad way to start the week, right? Is everybody else ready for this election season to end too? We’ll be back tomorrow to continue the countdown.

Day in, day out, all week long
Things go better with rock
The only time I turn it down
Is when I’m sleepin it off

And courtesy of my good friend of Kids Inc Daily: