Question: What dark comedy was the last to star Dan Aykroyd and John Belushi?

Last Question: On Knight Rider, what was the name of the “indestructable” tractor-trailer that Garthe Knight drove?

Knight Rider, a shadowy flight into the dangerous world of man who does not exist.
Michael Knight, a young loner on a crusade to champion the cause of the innocent, the helpless, the powerless in a world of criminals who operate above the law. 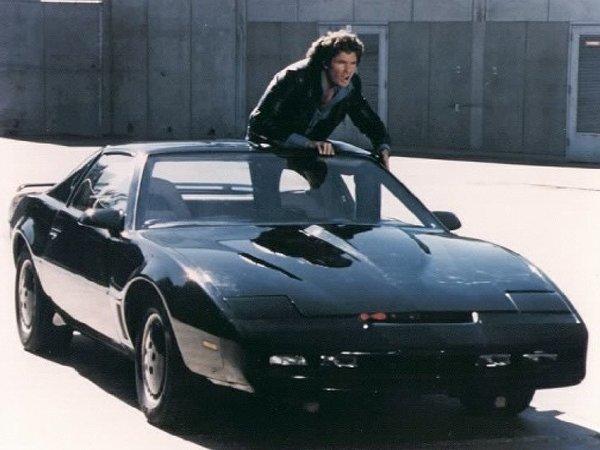 Knight Rider, a shadowy flight into the dangerous world of a man who does not exist. Michael Knight, a young loner on a crusade to champion the cause of the innocent, the helpless, the powerless, in a world of criminals who operate above the law.

Question: On Growing Pains, Carol dated a person in season four. He later died because of an accident. What was his name on the show?

Can you name the actor who played him?

Last Question: What is the name of this vehicle?

KARR (Knight Automated Roving Robot) was KITT’s arch enemy on Knight Rider. KARR was the prototype version of KITT. There was a programming error in KARR’s CPU that made him unstable and dangerous.
KARR first appeared in the Season One episode “Trust Doesn’t Rust” aired on NBC on November 19, 1982, where he seemingly met his demise at the end. However, he was so popular with viewers that he was brought back again in the Season Three episode “K.I.T.T. vs. K.A.R.R.”, aired on NBC on November 4, 1984 (marking him as one of the very few villains in the original series to make a return appearance).

Question: Which of the following does Billy’s mother NOT use to kill a gremlin?

Knight Rider ran from September 26, 1982, to August 8, 1986. Before his Baywatch days, and before he became a parody of himself, David Hasselhoff was Michael Long is an undercover Las Vegas police detective who, while on a case, was shot in the face and nearly killed.

Michael was selected to be the primary field agent in the pilot program of the Knight Industries-funded public justice organization, the Foundation for Law and Government (FLAG). The other half of this pilot program – what we all know and love – was the Knight Industries Two Thousand (KITT), a heavily modified Pontiac Trans Am with numerous features including an extremely durable shell and frame, controlled by a computer with artificial intelligence. Michael and KITT were brought in during situations where “direct action might provide the only feasible solution”.

Heading FLAG was Devon Miles, who provides Michael with directives and guidance. Dr. Bonnie Barstow was the chief engineer in charge of KITT’s care, as well as technical assistant to Devon.