If I had some duct tape, I could fix that. 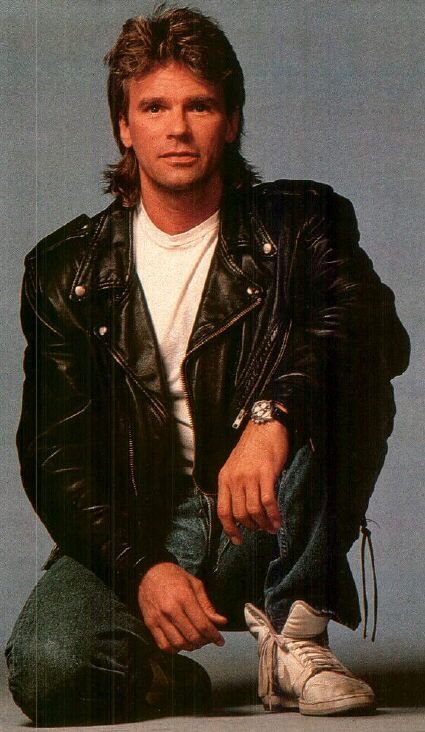 Question: After 23 years as host, who left The Newlywed Game in 1988 for a bigger paycheck as host of the Celebrity Secrets game show?

Last Question: Who played the scatterbrained Penny Parker on seven episodes of MacGyver?

Before she played Lois Lane on Lois & Clark: The New Adventures of Superman and Susan Delfino on Desperate Housewives, Teri Hatcher played the ditzy Penny Parker on MacGyver. Here is Penny’ introduction on the show:

Question: What Pringles slogan debuted in 1981 and was used throughout the ’80s?

Richard Dean Anderson starred as Angus MacGyver on MacGyver, which aired on ABC from 1985 to 1992.
MacGyver was probably the most resourceful character in television history. He refused to handle guns, but he would always get himself out of trouble with simple items such as a swiss army knife, gum wrapper, a turkey baster, and – of course – duct tape.

In 2006, Anderson appeared in a MasterCard television commercial for Super Bowl XL:

MacGyver’s biggest fans are Marge Simpson’s sisters Patty and Selma. Richard Dean Anderson is a fan of The Simpsons. So he provided his voice for an episode of the show titled “Kiss Kiss, Bang Bangalore”, which first aired April 6, 2006, where Patty and Selma kidnap Richard Dean Anderson after he admits that he never liked doing MacGyver and only did the show for the money.

We may be able to forget all about the Saturday Night Live parody, McGruber, which flopped big time when it was released as a full length movie. Why may we be able to move past this? There is a MacGyver movie being developed, and may possibly be produced by 2013.