This one goes out to all the essential workers!

Did you ever know that you’re my hero
And everything I would like to be?

Rocky IV epitomized over-the-top 80s cheesiness (as did all mid-80s Sly Stallone movies). The movie was fun. But, perhaps my favorite part of the movie was the soundtrack. I had never run to music before this soundtrack. While running during the summer, I would throw this tape in my Walkman and run and have a great workout. From Survivor’s “Burning Heart” and once again “Eye of the Tiger“, to Rhode Island’s own John Cafferty belting out “Heart’s on Fire“, to Robert Tepper’s “No Easy Way Out” and “The Sweetest Victory“, there was no stopping me! If it was good enough for Rocky, it was good enough for me! And if that wasn’t enough, the James Brown classic “Living in America” is featured as well as the duet “Double or Nothing” by legends Kenny Loggins and Gladys Knight. Even the instrumentals by Vince DiCola were great. One was called “War“, and the other is literally called “Training Montage“. If you can’t train to that song, what’s the point?

And if you’d like to get the album from Amazon, you can click on the album cover below:

I must break you. 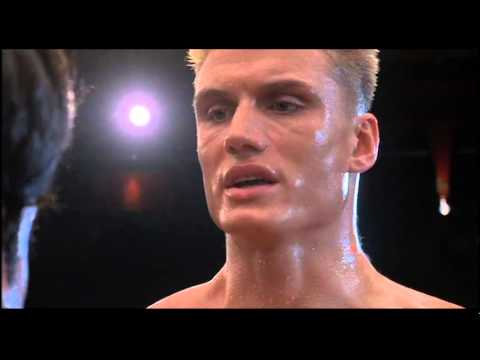 This is another repost from last 4th of July. On this great day, I present to you, once again, the top 5 patriotic movies of the ’80s:

This movie, released in 1983, was based on Tom Wolfe’s book on the history of the U.S. Space program. It begins with Chuck Yaeger (Sam Shepard) breaking the sound barrier, and then tells the story of the pioneers of the space program known as the Mercury Seven. This had a great cast including Scott Glenn as Alan B. Shepard, Ed Harris as John Glenn, Dennis Quaid as Gordon Cooper, and Fred Ward as Gus Grissom. The story told about the Space Race between the U.S. and Russia, and showed the courage and strength of the astronauts despite their flaws.

Released in 1989, Glory told the story of Col. Robert Gould Shaw (Matthew Broderick), during the Civil War as he volunteered to lead the first company of black soldiers. deal with the prejudices of both the enemy (who had orders to kill commanding officers of blacks), and of his own fellow officers. This is another movie that showed Americans’ resolve and strength. Denzel Washington (fresh off of St. Elsewhere) was incredible in this movie, and won an Academy Award for Best Supporting Actor. Not too shabby considering he played alongside Morgan Freeman, Andre Braugher (Homicide: Life on the Street) and Cary Elwes (The Princess Bride) also starred. This is one of my favorite Civil War movies alongside Gettysburg. The acting is outstanding, and the battle scenes are outstanding.

Remember when Tom Cruise could actually draw in an audience? He was at the top of his game when this movie was released in 1986. Tom Cruise played a navy pilot called “Maverick” who gets an opportunity to train at the Navy’s Fighter Weapons School along with his partner “Goose” (ER‘s Anthony Edwards). “Maverick” has a rivalry with Val Kilmer’s “Iceman”, and falls for an instructor Kelly McGillis played called Charlotte “Charlie” Blackwood.
Cruise basically plays the same character that he played in The Color of Money, Cocktail, Days of Thunder, and A Few Good Men – the arrogant, cocky jerk who erally has a good heatr, but needs a wake-up call. But this was a fun movie. Especially towards the end, when the pilots need to go into battle for real. And, you can’t go wrong with a Righteous Brothers song (“You’ve Lost That Loving Feeling”), as well as a couple of great Kenny Loggins songs – “Danger Zone”, and “Playing With the Boys”. I could have done without that volleyball scene, and Val Kilmer’s reaction when Cruise says “That’s right! Ice… man. I am dangerous.”

This 1984 film showed what we never thought could happen, the U.S. gets invaded by Russia. This movie had a great cast including Patrick Swayze, Charlie Sheen, C. Thomas Howell, Lea Thompson, and Jennifer Grey.
It was freaky to see the Russians parachute in a field outside a high school. And then they open fire on a teacher when he goes out to confront them. The main characters escaped, and equipped themselves, then returned and began an armed resistance against the occupation forces—calling themselves “Wolverines” after their high school mascot. They defy the odds, and become a thorn in the Russians side. With their numbers dwindling, the Wolverines decide to escape the area and try to get more help. It seems that brothers Jed (Patrick Swayze) and Matt (Charlie Sheen) sacrifice themselves to get the rest of the gang free. It doesn’t show them being killed, but in the epilogue of the movie, it mentions that the U.S. successfully repelled the invading forces. And it says “… In the early days of World War 3, guerrillas – mostly children – placed the names of their lost upon this rock. They fought here alone and gave up their lives, so that this nation should not perish from the earth.”

It seems kind of silly, but if you think about it, this 1985 movie, had underdog Americans against steroid pumped Russians (There’s no truth to the rumor that Ivan Drago went on to become a Major League Baseball star). It had a patriotic song – “Living in America” by James Brown. Not to mention, it had Rocky himself – who was from Philadelphia, home of Benjamin Franklin, the Liberty Bell, and cheese steaks! The fact that the boxers don’t know how to block punches in the Rocky movies makes them more exciting. And it is funny how Rocky, through his strength and perseverance, eventually gets the Russian fans on his side.