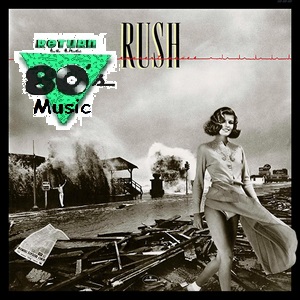 Hey Everybody, welcome back to Return to the 80s Music! As I mentioned previously, I will go through chronologically and cover as many 80s albums as I can. We’ll hear some classics, some hidden gems that not everybody may be familiar with, and maybe some nobody has heard of, which can be a great discovery, or something that will make you say What the HELL was that?!?!

I hope this is good and you all enjoy it. I hope we make some rad discoveries, and I know there will be songs that will bring us back to some great times! In either case, it is always awesome to Return to the 80s!

You can click on the song title to check out the YouTube video of the song. I’ll also include the Spotify playlist at the bottom of each article, if the album is on Spotify.

Today’s album is the first in this series by an established band Permanent Waves by Rush. The first two, The Romantics and The Buggles, released each of their debut albums to being the decade.

Permanent Waves is the seventh studio album by the Canadian rock band Rush. I know that Rush has a huge following of passionate fans. I like Rush a lot, but I am mainly only familiar with their radio hits. I’m sure I would have known a lot more about them, and would have been one of those obsessive fans if I had seen them live in concert. I’ve just seen video footage, and I’m impressed. It must have been quite the experience to see them in person. Sadly, we will not be able to see them again as the drummer, Neil Peart passed away on January 7, 2020 and so the wonderful year begins!) after battling brain cancer for 3 1/2 years. Thankfully, the band left a huge catalog of great music.

Permanent Waves is known to have marked a shift in the group’s sound so that they were more radio friendly. I know their previous songs “Fly By Night” and “Closer to the Heart”. But, I suppose the rest of the albums that those songs were on were more prog rocky.

This album was released on January 14, 1980 on Anthem records, and produced by Rush and Terry Brown.

Even the most casual Rush fan probably knows the legendary lineup:

Now, lets throw the album on the turntable and catch a wave!

Side one
1. “The Spirit of Radio”
What a great way to start! Growing up, I listened to the local rock station (94 WHJY), and they played this song often. As a side note, I listened the radio station recently, which is known as “The Home of Rock and Roll,” and I don’t think they’ve updated their playlist since 1996, so this song could still be in heavy rotation there. That wouldn’t be a bad thing in this case.
And speaking of radio station slogans, this song’s title was inspired by Toronto radio station CFNY-FM’s slogan. This song was Rush’s first top 30 single in Canada and reached number 51 on the US Hot 100.
This song rocks, and they even experimented with a little reggae towards the end.

For the words of the profits
Were written on the studio wall
Concert hall
And echoes with the sound of salesmen
Of salesmen, of salesmen

2. “Freewill”
This is another song that was always in regular rotation on the radio. The song’s lyrics deal with the subject of free will; in a December 1989 interview on Rockline, Lee stated that “the song is about freedom of choice and free will, and you believing in what you decide you believe in”. Geddy Lee has stated that the final verse of “Freewill” is at the highest part of his vocal range.

3. “Jacob’s Ladder”
We are already on the last song of side one! I have to admit that this song took quite a few listens for me to like it. And the more I listen to it, the more I like it. It is almost 8 minutes long, and it’s not even the longest song on the album. There aren’t too many lyrics in this song, making it “not radio friendly”. But, the music is powerful. And about halfway through, it sounds a little new-agey, then the guitar picks up and it rocks out again. Pretty cool!

Now we flip to Side 2

Side two
4. “Entre Nous”
This song was released as a single in May 1980, and I had never heard it in my life until now. I can’t see that it charted anyway. Entre Nous is French for Between Us. This isn’t a bad song. It sounds like a deep track from a late-70s rock album.

5. “Different Strings”
According to SongFacts, “This song’s lyrics were written solely by Geddy Lee. It’s the last Rush song in which Neil Peart does not have lyric credit.”
And the lyrics ring as true today as they did 40 years ago:

This song is pretty slow moving. This could be my least favorite song on the album.

Now we close out the album with a big opus that Rush is known for. It is over nine minutes long and is composed of three distinct movements: I) Tide Pools, II) Hyperspace, and III) Permanent Waves.
This is pretty badass! Usually the words “opus” and “movements” in a song sound pretentious and boring to me. But, I think this song rocks, and it is way better than the previous song.

Hidden Gems: Definitely “Natural Science.” I already knew the first two songs, and the other ones didn’t really do it for me.

Here is my ratings scale

5 Classic – a must buy
4 Solid album – worth buying
3 Some good or great stuff, but also skippable songs
2 Meh – may have 2 or 3 good songs. Just buy the singles you like, if any
1 Sucks. Time I can’t get back

I will give this one 3 1/2 waves. I would buy this on vinyl and listen to the entire first side, then skip to the last song on the second side.

What do you think of this album? If you are a Rush fan, please let me know, and tell me what you think of this album and any fun facts about it. Have you seen the band live, and how many times. I would love to hear stories.
Feel free to comment below, or connect with me on Twitter, Instagram, and/or Facebook.

Welcome to a new podcast series called, Return to 1989. Inspired by T.G Monahan’s Dreamin’ in ’89

, we decided to take a look back and see what happened 30 years ago. Todd “T.G.” Monahan Return to 1989 to go over news events, movie releases, and album releases. This month, we Return to January. If you have anything you would like us to discuss, or if you had any personal stories or milestones from this year, please let us know. You can either comment below, or email us at Returntothe80s@gmail.com. 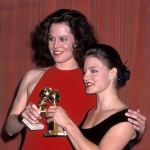 No Retreat, No Surrender 2

January 9 A Show of Hands – Rush

January 25 After the War – Gary Moore

If you’d like to contact Todd, and/or order the book, he can be reached in the following places:

– tgmonahan.com – can get a signed copy

His reserve, a quiet defense
Riding out the day’s events

Can you name the Artist and song and complete the lyrics: