Question: Can you give the names of each Ms. Pac-Man ghosts?

Last Question: What 1979 effort by The Clash did Rolling Stone curiously rank as the best album of the ’80s? 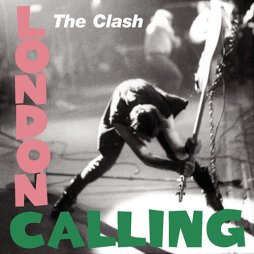 Last Song: “Rock The Casbah” by The Clash from the album Combat Rock (1982)

By order of the prophet
We ban that boogie sound

Welcome back to this week’s Top 40 Countdown!!! If you missed the first installment, you can go ahead and check out songs 40-31. With the help of MTV, there are a lot of classic songs from this time. And today’s selection has plenty of classics, and even some lost hits. So, let’s Return to the week ending November 27, 1982, and continue the countdown!

Awesome Pointer Sisters jam that does as advertises, and gets you excited. This is also a go-to for caffeine pill junkies everywhere.

This was the first of 2 Top 40 hits by The Clash. According to Songfacts, when this became a hit, Joe Strummer considered leaving The Clash. He couldn’t justify singing rebellious songs when the band was rich and successful. In their early years, when they were struggling, their music was sincere, but he felt they were becoming a joke.

When the band broke up in 1985, it was speculated that their plan all along was to break up once they had conquered America, a feat that was achieved by “Rock the Casbah” becoming such a huge hit along with “Should I Stay or Should I Go?.”

28. “You and I” by Eddie Rabbitt with Crystal Gayle

This classic country crossover hit ranked number 7 on CMT’s 100 Greatest Duets in Country Music. Rabbitt had several crossover hits in the early ’80s. Sadly, he passed away in 1998 of lung cancer.

27. “Missing You” by Dan Fogelberg

Previously unreleased, producers just assumed this would be a hit, and included it on Fogelberg’s Greatest Hits album. Luckily, they were right, and it peaked at #23 on the U.S. charts, and #29 in Canada.

This was the first single as a solo artist for the former Steely Dan frontman. His album, The Nightfly, was nominated for the Grammy Award for Album of the Year.

as the band’s highest charting hit in the UK, peaking at No. 4 on the UK Singles Chart. It would peak at #18 on the U.S. charts. On the album, this song is listed as “The Look Of Love (Part One),” with the last track being a short version of the song called “The Look Of Love (Part Four).” What happened to parts two and three? They appear on the 12″ single along with the others. Part Two is an instrumental, and Part Three is a remix.

Chicago was fading away after having incredible success in the ’70s. Then producer David Foster came along, and kicked them back into high gear, giving them a huge comeback with Chicago 16. This was the second single released from the album. Most of their hits in the ’80s were ballads, including this one. However, I would highly recommend listening to any of their full albums. They have so much more great music that you may not know about.

23. “You Don’t Want Me Anymore” by Steel Breeze

Forgotten hit of the ’80s. This was released from their self-titled debut album. It would be the first of 2 hits for the band (“Dreamin’ Is Easy” was the other). This was a staple on MTV in the early days. Then again, in those early days, any music video was a staple.

This little ditty would be John Cougar/John Cougar Mellencamp/John Mellencamp’s signature song. It was at the top of the charts for 4 weeks.

This Men At Work song was first released as a single in Australia in June 1981. After it was more than a year old, it found it’s way to the U.S. and became a #1 hit in October of 1982.

That concludes today’s list. Come back tomorrow as we check out songs 20-11.

All the fear of the future
All the loneliness inside
When the moment of truth arrives, hey
You can run but you can’t hide

If you have not seen the Netflix show, Stranger Things yet, you really need to check it out. In my opinion it’s a mashup of The Goonies, E.T, Stand By Me, and a Stephen King style of horror and suspense. This song features prominently in the show. Or as a friend of mine put it, this song is a character in the show.

Hi Everybody! Time to continue the countdown. If you missed the previous 10 songs, you can still check them out. This countdown doesn’t have the awesome songs we heard last week. But, there are many songs here that we never hear on the radio. So, let’s Return to the week ending May 24, 1980, and continue the countdown.

This duet by Neil Sedaka and his daughter, Dara, would be Neil’s last appearance on the Hot 100 charts. This is a pretty good soft pop song with a late ’70s sound. Dara has a good voice.

29. “Cupid/I’ve Loved You a Long Time” by The Spinners

I love this medley by The Spinners. “Cupid” is the classic Sam Cooke tune. Hardcore Journey fans may know that Sam Cooke was a huge influence on Steve Perry’s sound. So, I love Sam Cooke. I am not familiar with the other song, “I’ve Loved You a Long Time” by Michael Zagar. I can’t find that song online. It looks like he is mainly known for a disco song called “Let’s All Chant“. The Spinners did a great job integrating the two songs together.

28. “The Seduction” by The James Last Band

James Last was a German composer. This song, which is the love theme to the Richard Gere film, American Gigolo, is an instrumental jazz tune. So, if you have a hankering for some instrumental jazz, then this song is for you. I kind of like this.

27. “Wondering Where the Lions Are” by Bruce Cockburn

This was Canada’s own Bruce Cockburn’s only top 40 hit in the U.S. The sound reminds me of Starland Vocal Band’s “Afternoon Delight“.

26. “With You I’m Born Again” by Billy Preston and Syreeta

This duet was released as a single from the soundtrack of the Gabe Kaplan movie, Fast Break. I had never heard this song before, but it would be a #4 hit on the Hot 100.

25. “Let’s Get Serious” by Jermaine Jackson

This title track from Jermaine Jackson’s 1980 album was Jermaine’s first #1 R&B hit. The song was produced by Stevie Wonder, who also has some vocals on this song. It was Billboard’s #1 Soul hit for the entire year of 1980, beating out brother Michael’s platinum-certified mega-hit “Rock With You” which was #2 for the year.

24. “Pilot of the Airwaves” by Charlie Dore

I love this song by English singer-songwriter and actress Charlie Dore. It has that country-crossover sound, which reminds me of Juice Newton. The harmonies, on this song, are outstanding as well.

This classic tune by The Clash was their final single released from their 1979 album, London Calling. The words “stand by me” dominate the chorus. However, the song was titled “Train in Vain (Stand By Me)” so us dummies wouldn’t get it confused with the Ben E. King hit.

This is Billy Joel’s second entry on the countdown this week. This is a classic, fun, rock song, which famously begins with sound of glass breaking (probably from the “glass house” of the album title).

This nice ballad came off of Dan Fogelberg’s sixth studio album, Phoenix, from 1979. That album also gave us the classic Fogelberg hit, “Longer“.

That wraps up today’s list of songs. Let me know what you think of this week’s countdown. I can tell you that it is going to keep getting better and better. I am familiar with all of them. They are all very good, yet you don’t hear them on the radio. So, please come back tomorrow and check them out.

Last Question: What triple LP from The Clash was named for a latin American revolutionary group? In 1980, The Clash released their 4th studio album – Sandinista!.

It was a triple album containing 36 tracks, with 6 songs on each side. They proved to be ahead of their time as the album featured many different genres of music – reggae, jazz, mock gospel, rockabilly, folk, dub, rhythm and blues, calypso, and rap.

Here are a few songs from the album: