Question: What was the first Song with “Rap Lyrics” to Hit #1 on the US Billboard Charts?

Last Question: In The Outsiders, what is the name of the three Curtis boys?

It was 35 years ago yesterday, that this classic was released. I was always a reader. But S.E. Hinton made me fall in love with reading. And I also loved this movie adaption.

If you’d like to watch, buy or rent this movie from Amazon, you can click on the movie poster below: Dallas: Don’t you know a rumble ain’t a rumble without me?

Ponyboy: Nature’s first green is gold, / Her hardest hue to hold. / Her early leaf’s a flower, / But only so an hour. / Then leaf subsides to leaf, / So Eden sank to grief. / So dawn goes down to day, / Nothing gold can stay.

Johnny: Where did you learn that? That’s what I meant.

Ponyboy: Robert Frost wrote it. I always remembered it because I never quite knew what he meant. 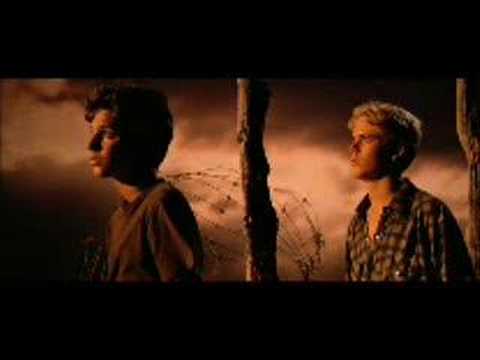 Johnny: It’s like the mist is what’s pretty, ya know? All gold and silver.

Johnny: Too bad it can’t stay like that all the time.

Ponyboy: Nothing gold can stay.

Question: What group was formed by drummer Terry Bozzio and his wife Dale, a former Playboy Bunny who sported Plexiglass bras?

Last Question: In The Outsiders, who played “Sodapop”?

The Outsiders was one of my favorite novels when I was a teenager. And for once, the movie adaption did not disappoint. It didn’t hurt that there was a stellar cast. Here are some of the stars from the movie that may sound familiar:

Question: In The Outsiders, who played “Sodapop”?

Last Question: What NBC show dared to run a sixth season, despite the loss of its cast and most of the writers?

Saturday Night Live‘s sixth season – during the 1980–1981 television season – was perhaps it’s most controversial. This season became notorious as it was considered by many critics and fans to be one of the worst seasons ever. Lorne Michaels, the executive producer, had left at the end of the previous season, along with the entire cast and all but one writer (Brian Doyle-Murray). The sixth season began with a completely new cast, new writers, and a new producer, Jean Doumanian.

Doumanian hired Denny Dillon, Gilbert Gottfried, Gail Matthius, Joe Piscopo, Ann Risley, and Charles Rocket as repertory players, and Yvonne Hudson, Matthew Laurance, and Patrick Weathers as featured cast members. Doumanian initially did not want to hire Eddie Murphy (preferring instead Robert Townsend), Murphy was added in place of Townsend (as a featured player) starting with the fourth episode after much convincing from her colleagues and staff.

The show was not good at all. It also didn’t help that this cast followed the legendary original cast.

The troubled show then had major controversy on its February 21, 1981 episode. The episode was hosted by Charlene Tilton (of the show Dallas). It featured a parody of “Who Shot J.R. Ewing? called “Who Shot C.R.?” where there was a cliffhanger where cast member Charles Rocket was “shot” in the last sketch of the episode, after a running gag in which other members of the cast shared their grievances about Rocket with one another. Onstage for the goodnights, Dallas star and that week’s host, Charlene Tilton, asked Rocket (who was still in character and sitting in a wheelchair) his thoughts on being shot. “Oh man, it’s the first time I’ve been shot in my life”, he replied. “I’d like to know who the fuck did it.” This was not the first (or last) time the expletive would be uttered live on SNL. But, Rocket, producer Jean Doumanian, and most of the cast were fired, with the exception of Eddie Murphy and Joe Piscopo. Because of this shakeup, the show went on hiatus for a month.

SNL was given one more chance when Dick Ebersol, one of the original developers of SNL in 1974 and the man responsible for hiring Lorne Michaels as show-runner in 1975, was hired to replace Doumanian. He hired Robin Duke, Tim Kazurinsky, and Tony Rosato. At the end of the season, he would eliminate the rest of the 1980 cast except for Murphy and Piscopo. And the end of the season came much sooner than expected.

Dick Ebersol’s first produced episode was on April 11, 1981. After Ebersol’s first episode, the 1981 Writers’ Guild of America strike started, forcing the show into a hiatus during which it was extensively retooled.

SNL has recovered, as it is in its 37th season. There have been some off-years in seasons where the cast was being rebuilt. But there have been some great casts over the years – especially in the late-80s/early 90s, in my opinion.

Here a promo for that fateful season 6: