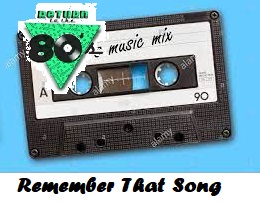 Can you name the song and the artist who covered it in the ’80s:

I’ve got the room upstairs from you
It’s a room without a view
But all that could change if I just get through, up to you

I, I’ve got the room upstairs from you
It’s a room without a view
But all that could change if I just get through, up to you

Hi Everybody! Welcome back to this week’s countdown! If you missed the first 10 songs, you can go ahead and check them out. Today we have quite the variety of music we come to expect from the mid-to-late ’80s. Let’s just jump right into it today, and Return to the week ending May 21, 1988, and continue the countdown.

What a great way to kick things off! Lita Ford just flat out rocks! This would be Lita’s signature hit. Before this song, I was unaware of The Runaways, so I had no idea that she was such a pioneer for women in rock, along with Joan Jett. Lita’s still rockin’ it today. Her 2012 album, Living Like a Runaway is awesome.

Being a rock fan, this is one of my favorite Michael Jackson songs. This was the fifth single released from the Bad album, and would go on to be a number 1 hit. Jackson scored Eddie Van Halen for “Beat It” from the Thriller album. This time, he got Billy Idol’s guitarist Steve Stevens to play on this song. So good!

28. “One Good Reason” by Paul Carrack

I love when Paul Carrack sings with Mike + The Mechanics and I love his solo hit, “Don’t Shed a Tear“. I didn’t remember this song until I heard the chorus. This is a pretty good one.

Wow, Prince’s handlers must be slacking off. Last year when I started these countdowns, it was almost impossible to find a Prince video. He’s still not on YouTube, but it is way easier to find his videos now.
I’m not really a post-Revolution Prince fan. I do like his music if I’m in the mood for it. Right now, I’m not in the mood for it.

26. “Prove Your Love” by Taylor Dayne

Taylor Dayne’s follow-up single to her hit “Tell It to My Heart” was a success. This is another high energy freestyle song, just like it’s predecessor. “Prove Your Love” would peak at #7 on the Hot 100.

25. “The Valley Road” by Bruce Hornsby & The Range

This is a typical Bruce Hornsby song. I do tolerate this one a little more than “The Way It Is” and “Mandolin Rain“. But, this is another song that I really need to be in the mood for in order to make it through the song. I made it to around a minute today.

Some of the younger crowd may know this song pretty well. Mariah Carey made this song a big hit in 1998. But, this song was originally done 10 years earlier by Brenda K. Starr. Mariah Carey actually sang backup on this original version. It would be Brenda K. Starr’s only top 20 hit. Mariah Carey did her version as a tribute to Starr because Starr had helped jump-start Carey’s career by handing a demo tape to CBS Records executive Tommy Mottola, who then signed Carey to her first recording contract.

This song often gets overlooked by radio. This was a good song in the middle of one of Cher’s many comebacks. This song was produced by David Geffen and written by Jon Bon Jovi, Desmond Child and Richie Sambora

As much as I was in love with Debbie Gibson back then, this was not one of my favorite songs. It’s not a bad ballad, but I kind of get bored by it.

This song is from Times Two’s 1988 debut album,X2. It would be their only hit song. It peaked at #20 on the Hot 100. This same year, Times Two was Debbie Gibson’s opening act for her Out of the Blue tour.

That wraps up today’s list of songs. It was kind of a mixed bag for me today. I hope you enjoyed it. We will be back tomorrow with some awesome songs. As always, please let me know what you think of the countdown so far, and if you have any memories from 1988 that you’d like to share..

“Strange But True” by Times Two

Times Two was a duo of Shanti Jones and Johnny Dollar. Their their only hit, “Strange But True”, came from their 1988 debut album ,X2. The song peaked at #20 on May 21, 1988. That same year, Times Two was the opening act for Debbie Gibson’s Out of the Blue Tour.

In 1990, the band released a follow-up EP called “Danger Is My Business” and a new single, “Set Me Free.” Neither made any impact on the charts.

Shanti Jones’ band is Sex and Reverb and he has produced several CDs.