Question: What game featured 54 wooden blocks and had a name derived from the Swahili word for “to build”?

Last Question: What group effort denied Phil Collins one more week of “One More Night” at number one? 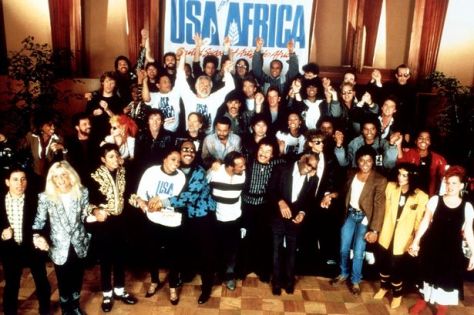 “We Are the World” by USA for Africa 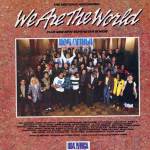 Inspired by Bob Geldof’s Band Aid, the charity super-group USA for Africa was formed. They recorded the song “We Are the World”. The idea for the creation of an American benefit single for African famine relief came from Harry Belafonte, who, along with fundraiser Ken Kragen, was instrumental in bringing the vision to reality. They made a great decision of having Michael Jackson and Lionel Richie write the song. The song was released on March 7, 1985, and peaked at #1 on April 13, 1985. “We Are the World” raised over $63 million.

USA for Africa also held a benefit event, Hands Across America, in which approximately seven million people held hands in a human chain for fifteen minutes along a path across the continental United States. Participants paid ten dollars to stand in line and the money raised was used to fight hunger and homelessness in Africa.

The combined revenues raised from the sales of “We Are the World” and Hands Across America was almost $100 million.

Here is a list of the performers for “We Are the World”:

Soloists (in order of appearance)

Here is the memorable video for “We Are the World”: