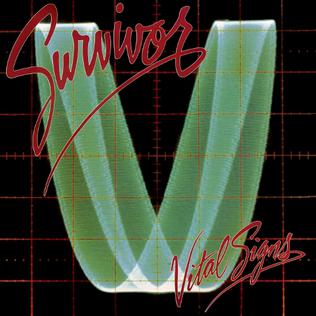 I first discovered Survivor, along with most people, with the release of “Eye of the Tiger”. That song was my favorite at the time. Then Vital Signs came out, which helped me see that Survivor was much more than one song, and became one of my all-time favorite bands. I was blown away when “I Can’t Hold Back” was released as the first single. I still love that song every time I hear it. This was the first album featuring the lead singer Jimi Jamison. His voice blew me away.

There are only 9 songs on this album, and every single one of them are great. Two of my favorite songs on the album were not released as singles – “It’s the Singer, Not the Song” and “I See You in Everyone”.

And if you’d like to get this album on Amazon, you can click on the album cover below: